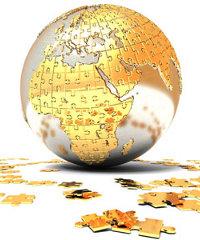 “Naturally Africa’s sheer size as well as often vastly differing economic and political dynamics . . . renders generalisation problematic. However, the broad thrust of these trends is incorporating the majority of the continent’s emerging and aspiring economies,” says Freemantle.

The five trends are:

Coupled with strong economic growth, population growth will support the emergence of the continent’s consumer base. Consumer growth is being supported by a rising middle class. According to Freemantle, around 150 million Africans have entered the middle class since 1990, with a further 40 million households to become middle class by 2015.

It is estimated that about 40% of Africans currently live in urban areas. By 2050 more than 60% of the continent’s population will be urbanised. Nigeria will see 140 million new urban entrants in the next 40 years. Countries such as South Africa and Angola will be more than 80% urbanised by 2050. Although this will lead to an influx of people into megacities such as Lagos, Kinshasa and Cairo, 70% of all urban growth in the next two decades will take place in smaller towns and cities.

Africa’s population has vigorously embraced technology in general, and telecommunications in particular, as a means to boost socio-economic prosperity. By the end of 2010, there were over 500 million mobile subscriptions in Africa; by 2015, it is expected there will be almost 800 million. Nigeria is already the world’s tenth-largest mobile market. More Africans are also connecting to the internet. While internet penetration is still relatively low (around 120 million users) growth rates have been profound. Internet costs remain excessively high, limiting uptake. A range of mostly private-funded fibre optic cables set to land, or having already landed, on Africa’s east and west coasts are set to lower costs for African internet users.

In addition to Africa’s considerable precious and base metals wealth, the continent is becoming a more important player in the world’s energy markets. At the end of 2010, Africa had 9.5% of the world’s crude oil, and 8% of the world’s natural gas reserves. The continent, however, still holds considerable untapped reserves, with recent discoveries in Ghana, Uganda and potentially Namibia attracting strong interest.

Meanwhile, with food anticipated to become the “new oil” of the 21st century, Africa’s immense and largely dormant, agricultural potential is gaining elevated attention. In order to feed the world’s population in 2050, food production will have to increase by 70%, necessitating a total average investment in developing world agriculture of US$83 billion.

The financial services sector is responding rapidly to the continent’s altering economic reality. Although the majority of Africans remain locked out of the financial system, the growth projections for the sector are stellar. At current growth rates, Africa’s financial services sector could make up around 20% of the continent’s collective GDP within the next decade, compared to 10% today. Much of the new growth will come from retail banking. The expansion of financial services has the ability to create new jobs, establish a formal identity of millions of market participants, and provide greater safety than predominant cash-based systems.

Over the next five days How we made it in Africa will take a detailed look at each of these trends.