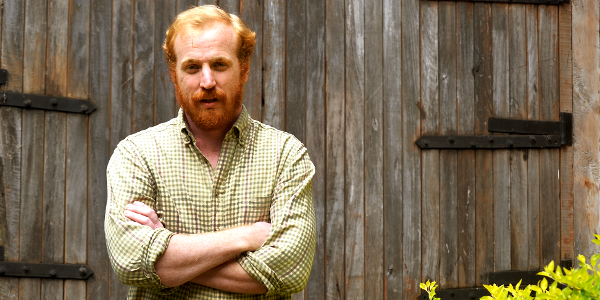 When Kenyan company Twiga Foods started in November 2013, it set itself two seemingly competing goals: to ensure that farmers were paid more for their produce, while making that same produce available to vendors at lower prices.

The company has achieved these goals, using mobile technology, a strong network of farmers, and infrastructure, including storage facilities and vehicles.

Twiga supplies fruit and vegetables to informal vendors through the use of mobile point-of-sales systems and m-commerce apps: vendors order the goods they need, and Twiga delivers them the next day. The company deals with farmers to negotiate prices, and minimises post-harvest losses through the proper storage and transportation of farm produce. The company’s internal figures state that Twiga is now the third-largest distributor of farm products in Nairobi, with an average revenue growth of 30% every month. They supply to 1,300 vendors a week.

Starting with seven staff members, Twiga spent the first two months understanding the ins and outs of the market and value chains, as well as modelling a scalable way to organise farmers.

The next three months were spent doing small-time deliveries. In order to access the source market, Twiga recruited extension officers (people who work with farmers to help them increase agricultural production) to identify suppliers. These farmers were then used to influence others, leading to a larger pool of suppliers from whom to buy.

The choice to supply small-scale vendors – as opposed to the big retail stores – was deliberate. The company’s CEO, Grant Brooke, explains, “We have established that the big retailers have a market share of less than 10% in the farm products market, compared to small-scale vendors who control a huge chunk of it. Working with these vendors also saves us from the long credit periods that we would be bound by with the retail stores, as most of these vendors pay by cash. However, we are starting to offer them a 48-hour credit period which helps them in managing their cash flow.”

“We also work with an internal research team to understand customer demand patterns and use our data to gauge customer credit scores to avoid exposure to bad debts,” says Brooke.

The mobile-based supply platform through which vendors order produce allows Twiga to collect and analyse data on market demand and prices. Brooke explains, “All customer transactions are done through the mobile app, which helps us understand where the market is headed. Based on customer demand against the supply, we are able to predict prices, allowing us to plan better and advise our customers accordingly. This makes Twiga more of a technology company – everything we do is guided by the decisions we make as a result of data analysis on our system.”

The company has also mapped its farmers, geocoding their addresses and capturing their supply capacity in the system, together with expected harvest times. This assists with planning in terms of storage and distribution, minimising post-harvest losses and risks, and helping to predict crop prices.

Twiga has invested in additional warehousing, cold storage, collection points and depots in Nairobi. The firm has also expanded its fleet of transportation and delivery vehicles. Vendors can now have their produce delivered to them by three-wheeled delivery vans (popularly known as tuk-tuks).

Though Brooke and the other partners still retain a majority share in the company, Twiga has attracted private equity funding from 1776, Omidyar Network, Uqalo and DOB Equity. Brooke says, “As part of the process, before they put in their investment, some of these venture capitalists got to engage with the vendors, who mentioned that they needed more of the produce, but that Twiga was not able to meet their demand. This greatly contributed to them seeing our potential enough for them to trust us with their money.”

Funding has enabled the company to benefit from the extensive business experience held by the new partners, some of whom sit on the company’s board of directors, as well as funding its expansion plans. Brooke is quick to clarify that despite the company having been approached by a number of investors, they are careful when it comes to partnerships. He says, “We are keen on choosing the right investors, who believe in our long-term vision and are not focused on short-term dividends. We will also be announcing additional investors in the coming months.”

Initially the company started out with bananas (Twiga has sold 23 million to date), and later introduced potatoes, onions and tomatoes to the list of produce. Twiga currently supplies vendors only in Nairobi, but plans to expand to other cities and towns in Kenya. Brooke says, “We are planning to diversify our product portfolio in the coming months and also move to cities beyond Nairobi. In the next six months, we are working on supplying over 2,000 vendors a day.”

The company has also been receiving requests from fast-moving consumer goods (FMCG) businesses asking Twiga to distribute their products, something it is hoping to be able to do. Twiga is also looking to partner with financial institutions to offer credit to farmers and vendors.

In the long term, Brooke says that Twiga wants to be, “The de facto marketplace for farm produce in the country.”