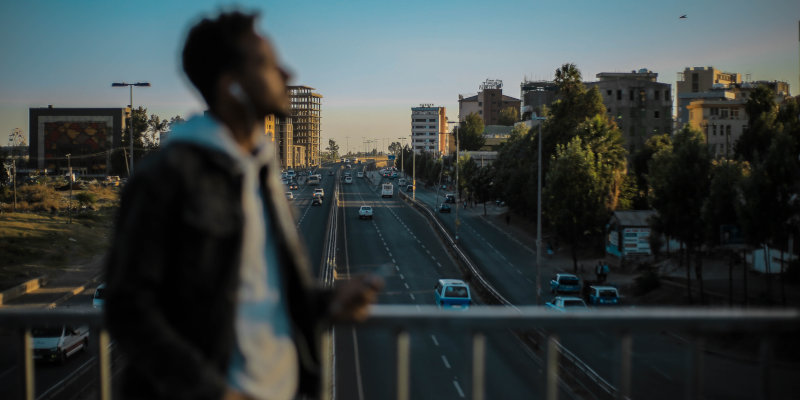 Every year, Ethiopia imports billions of dollars of goods that can theoretically be manufactured locally. The country was ruled by communist regimes from 1974 to 1991, which left the manufacturing sector underdeveloped.

Replacing these imported products with locally produced goods presents a significant opportunity for businesspeople and investors, according to Saad Aouad, chief investment officer of 54 Capital, an investment firm with interests in several consumer goods businesses in Ethiopia.

Aouad is particularly upbeat about the manufacturing of basic products such as edible oils, pasta, dairy and generic pharmaceuticals. Despite rapid economic growth in recent years (Ethiopia’s economy expanded at an average annual rate of 9.6% from 2010 to 2019), incomes remain low and much of the population is unable to afford high-end goods. “We like sectors that are resilient and those sectors are the ones meeting the basic needs of the population,” he says.

To explain the potential, Aouad gives the example of sunflower oil: “Instead of bringing in the finished product at $1,200 per tonne, you can import the crude oil at $800 to $850 and refine it in-country.”

But while the opportunity for increased local manufacturing is clear, achieving success as a factory boss is not so straightforward.

One of the biggest challenges is a shortage of foreign currency; ironically, this is largely because Ethiopia imports more than its exports. Many of the raw materials – such as agricultural produce – used by local manufacturers must be brought in from abroad. However, this is not possible if there isn’t enough available international currency to pay the foreign supplier.

The transport logistics of importing these raw materials is another obstacle for Ethiopian factories. The country is landlocked and depends on the port of Djibouti for much of its imports. However, the port is often congested, leading to delivery delays of vital factory inputs. To compensate for these delays, Ethiopian-based manufacturers need to import more raw materials than they require and this negatively impacts their cash flow. “It puts a lot of strain on your working capital because you might need to bring in big quantities and keep them onshore in Ethiopia,” Aouad says.

Transporting goods from Djibouti is also expensive. While the situation has improved with the construction of a new rail line between the port and Ethiopia’s capital Addis Ababa, it is sometimes difficult to find space on the train.

For many Ethiopian manufacturers, sourcing raw materials locally is also not an alternative. Despite the favourable climate and large swathes of arable land, the quality of the produce grown by local farmers is often not of a high enough quality to be used in food processing. For instance, while Ethiopia exports fresh tomatoes, it imports ketchup. Aouad says the reason why it is difficult to run a profitable ketchup manufacturing operation in Ethiopia is because of the inadequate quality of tomatoes. The same goes for wheat; the quality of locally produced wheat is not as good as the imported variety to produce pasta.

“There is a lot of things that need to be done in the agricultural sector so that you can actually export value-added products or use those raw materials for local production,” Aouad says, adding the country has to incentivise large commercial farming enterprises to invest in Ethiopia and transfer modern farming practices to local smallholders.

The unpredictable supply of raw materials – due to foreign currency shortages, transport delays and inadequate local production – makes it difficult for manufacturers to plan for expansion of their operations, despite the clear market opportunity.

“The opportunities are everywhere in the country. The most untapped opportunity for me is to use the available resources and grow high-quality agricultural produce that will drive the manufacturing sector.”