“Our plan has been on offering the African countries fragrances first, followed by selected skincare and colour…” says Corné Nel, Managing Director of Elizabeth Arden in South Africa. 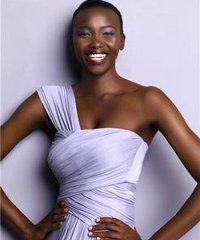 Lerato Moloi is the face of Elizabeth Arden in South Africa.

The fragrance that is the flagship for the company is the iconic Red Door that was first introduced in South Africa in 1989 and still remains a top seller. Elizabeth Arden also has other popular fragrance brands, like Fifth Avenue, White Diamonds and Britney Spears Fantasy.

Although the company is already trading in Zimbabwe, Botswana, Mozambique, Angola, Zambia, Ghana, Nigeria, Kenya and Tanzania, Dirk Trappmann, the Executive Vice President and General Manager – International of Elizabeth Arden during a recent visit to Cape Town, announced that they intend to grow more in Africa. Trappmann is very excited about the possibilities in Africa and said that in South Africa alone, about 80% of the cosmetic market has not yet been exploited.

Elizabeth Arden took a strategic decision two years ago to cater more specifically for the ethnic market, especially around skincare and colour. Their first step was to appoint one of South Africa’s top models and business entrepreneurs Lerato Moloi, as their brand spokesperson – a role-model this market segment could identify with. They also introduced darker shades across all the foundation lines that include tinted moisturizers and bronzers and now offer ethnic consumers 28 darker shades available in six product ranges.

Education around suncare became an important driver for the brand as well. A big challenge in the ethnic market is the perception around sunscreen and part of Moloi’s work is to encourage consumers to invest in their skins and to educate them about the harsh reality of UV damage. The new marketing focus is still in its infancy but market penetration is already visible.

The company opened its doors in South Africa in 1955, one of the few countries to have a production hub. The factory in Elsies River, Cape Town, manufactures selected Ceramide, Intervene and Eight Hour skincare products; some foundations and fragrances, such as Red Door and other popular brands. The production hub makes it easier for expansion into Africa. Further penetration in Africa will provide more job opportunities not only in the Cape Town factory, but also for their new trading partners.

Corné Nel pointed out that the cosmetic industry is competitive and that the company’s local competitors are also competitors globally. Elizabeth Arden is currently ranked the fourth largest beauty brand in South Africa.