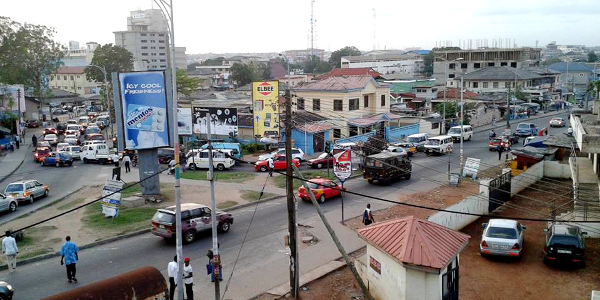 The start of commercial oil production in 2011 in Ghana and favourable commodity prices at the time triggered strong economic growth in the West African country between 2010 and 2013, peaking at a stellar 14% in 2011.

Due to rapid economic growth, rising disposable income as well as the broadening of the middle class, which included, according to Standard Bank, about 1.3 million households (including lower and upper-middle class) in 2014, Ghana has in recent years moved into the focus of pan-African retailers such as Massmart, Shoprite, Edcon and Woolworths.

In addition to these multi-brand retailers, international fashion brands such as Bata, Nike, Puma and Mango have entered the market to service Ghana’s nascent middle class and the narrow band of affluent elite.

Yet, despite the entry of large international retailers and fashion brands as well as the development of new shopping malls such as Westhills Mall and Marina Mall in Accra, the market share of the formal sector remains small. Arguably some retail players have overestimated the size and perhaps even near-term potential of the market.

According to Deloitte’s African Powers of Retailing 2015 report, 96% of all retail transactions in Ghana are carried out in the informal sector. The informal sector is characterised by small market stalls and street-side vendors or independent family-owned grocers or clothing stores and is the retail format of choice for the majority of Ghanaians.

Although shopping malls offer a more convenient and comfortable shopping experience, it has been an uphill battle for retailers to attract shoppers – not only window-shoppers – into air-conditioned malls.

A large share of Ghanaian consumers associate malls with ‘expensive products’ and malls are hence perceived to cater only for the rich. In addition, the personal interaction with market women, and the possibility to bargain, provides the informal sector with a key advantage over formal retail.

Both formal and informal retailers still struggle to access efficient and uninterrupted supply chains. A large share of consumer goods is imported from South Africa, China, Turkey and Europe. Yet, due to the relatively small size of retailers, Ghana remains dependent on small to medium-size multi-brand importers that often rely on shipments from third-party countries.

Even for the large international retailers, the lack of an extensive network of outlets remains a challenge as they are not able to benefit from the economies of scale that they can achieve from established markets such as South Africa.

In addition to the supply chain related difficulties, some of the South African clothing retailers – especially the mono-brand retailers – face additional challenges as their less recognisable brands are competing with branded second-hand clothing imported from Europe or the US, as well as local fashion.

Beyond misjudging market size, and compounding the challenges of retailers in Ghana, is the poor financial state of the country. Ghana is almost in the unique position of having spent the oil windfall before the windfall actually arrived. This is particularly true for the ballooning public sector wage bill that has contributed to the recent IMF intervention in the economy.

According to Forbes magazine, government salaries increased by almost 50% between 2010 and 2012, boosting disposable income among civil servants – equivalent to 70% and 53% of the country’s tax revenues in 2012 and 2014 respectively.

The bloated government wage bill and overruns in current expenditure combined with declining government revenues have led to a serious deterioration of the fiscal balance of the country. Falling commodity prices, rising inflation and the rapid drop of the currency (one of the worst performing on the continent in 2015) has forced the Ghanaian government to request a three-year extended credit facility in excess of US$900m from the IMF. As part of the deal, the Ghanaian government has agreed to reduce the budget deficit from 9.5% of GDP in 2014 to 7% in 2015 and 3.5% by 2017 by cutting the government’s wage bill.

Given the high dependency on imported products, the weak cedi has pushed up the prices of products in local currency terms and has strained retail investors that have financed retail developments in foreign currency, yet generate their revenues in local currency.

In an attempt to curb inflation and prop up the cedi, the central bank increased interest rates to 26% further crimping the economy. The IMF expects Ghana’s GDP growth to have remained subdued at 3.5% in 2015.

As a response to the difficult trading environment and a slump in sales, rents for retail property have been slashed by up to one third at Accra’s Oxford Mall. Rent increases at the Marina Mall have been put on hold in order to cushion retailers from the adverse impact of imported inflation and low sales.

The economic tailwinds in recent years that supported Ghana’s emergence as an attractive investment destination for retail have now become headwinds. Rising inflation, interest rates, an overestimation of the country’s emerging middle class and the sharp depreciation of the local currency are making life more difficult for retailers who have set up shop in Ghana.

This article was originally published by Deloitte. You can find the original document here.