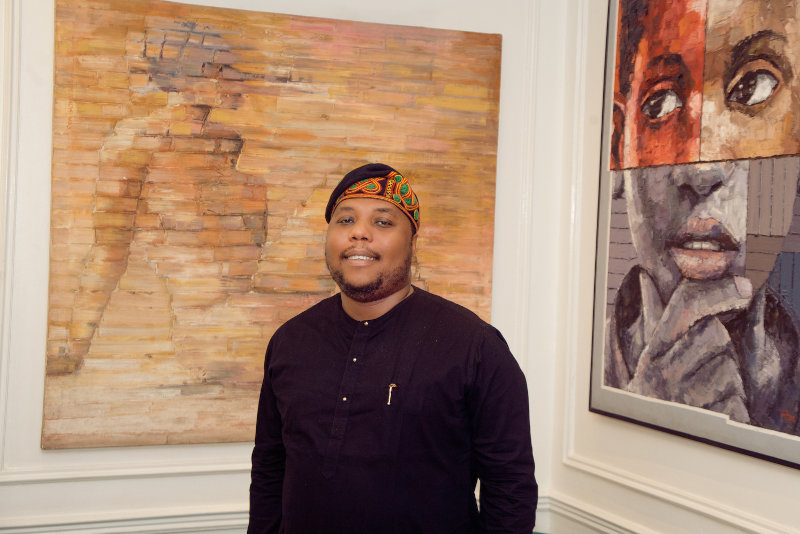 In October 2020, Nigerian start-up Paystack was bought by global payments giant Stripe for more than $200 million. The deal is regarded as the biggest start-up acquisition in Nigeria to date.

Early-stage investor and entrepreneur Olumide Soyombo was one of Paystack’s early backers and realised a stellar return on his investment. In addition to Paystack, Soyombo has invested in more than 30 Nigerian start-ups over the past decade, including Piggyvest (savings and investments), Spleet (furnished living spaces), Migo (embedded lending) and TeamApt (financial services for the underserved).

Soyombo recently co-founded a new early-stage investment vehicle called Voltron Capital that will make investments of between $20,000 to $100,000 per company. The firm is primarily focused on start-ups in Nigeria, Kenya, South Africa and Northern Africa. How we made it in Africa editor-in-chief Jaco Maritz spoke to Soyombo about his new firm, tech investment opportunities and that exit to Stripe.

In 2008, my partner Kazeem and I started Bluechip Technologies, a B2B data warehousing and management firm. Around 2014, we began noticing the developments in Lagos’ start-up ecosystem. We took some profits from Bluechip to launch LeadPath Nigeria, which is a special-purpose vehicle (SPV) for our start-up investments. So many of my angel investments are through LeadPath while some are through other SPVs created for those deals.

As time went on, I became known as a ‘super’ angel investor in Nigeria. I was helping a lot of the start-ups by opening my network to them and assisting with regulatory engagement. It revealed more deal flow as founders talk to other founders. I got to witness almost all the interesting deals. I also involved some of my friends in these deals. But more and more people started asking me how they can also invest in the technology industry. The success of companies like Paystack and Flutterwave created FOMO in the market so I decided to create Voltron Capital, a fund that enables high-net-worth individuals to invest in African start-ups. We have a typical two-and-20 fund structure: we take a 2% annual management fee and 20% of profits made by the fund.

In which areas within the technology/start-up space do you see the most attractive investment opportunities?

Because I’m focused on early-stage investments, I’m founder led rather than industry led. For instance, if the founders of Piggyvest were building something in the healthtech or traveltech industries, I would still have backed them.

As our start-up ecosystem matures, employees at companies like Paystack recognise problems they want to address and they open their own businesses. And because they worked in high-growth start-ups, they are well placed to venture out on their own. I like these types of founders.

When people look at my portfolio, they say it leans towards fintech. While this has been more coincidental than deliberate, many things in the financial sector can be done better. Start-ups like Carbon and Piggyvest are taking individual functions of traditional banks and improving these. For example, Carbon took lending as a function of the business of a bank and is trying to do it better than the banks. Piggyvest made savings more convenient. These companies have taken core functions of the bank, made it more efficient, fun and convenient to the digital natives.

In terms of the market in general, Nigeria is still in the early days. There is a huge group of people that is going to transact online in the coming years. When Generation Z – those who have been born with a tablet in their hands – reach working age, they are not going to walk into a branch to open a bank account. They will shop online and when they become merchants, they are going to sell online.

Are there areas you would be hesitant to invest in?

E-commerce in Nigeria is one industry I generally run away from. I know a lot of dead bodies in that industry. If you look at the size of the market, e-commerce is still very small. The core infrastructure required for e-commerce to succeed is not yet in place; transport infrastructure, delivery costs and Nigeria’s inadequate addressing system are a few of the challenges facing the industry. Trust and education about e-commerce also have a way to go.

On a positive note, issues with e-commerce payments have largely been solved by the likes of Paystack and Flutterwave. Once the digital natives and Generation Z have the spending power, it will be good for e-commerce. Eventually, there will be an e-commerce winner but it will take a lot of money to get that company there.

Stripe’s acquisition of Paystack has been a big deal for Nigeria’s tech industry. Talk about your investment in Paystack and the eventual exit to Stripe.

I met Paystack co-founder and CEO Shola Akinlade when he was building his previous company Klein Devort. They had this interesting collaboration/sharing software called Precurio that was being used by companies as far afield as Brazil. Shola built a solid technical product. Someone introduced us because they believed there was a potential partnership opportunity between my company Bluechip Technologies and Precurio. That is how we forged a relationship.

Later, he reached out to me saying he wants to build a payments company like Stripe in Nigeria. People forget but at the time you had to pay about $1,000 to the dominant player for the API and engineering support to get your website connected to their payments platform. Paystack changed all that.

When Stripe made a small investment in Paystack in 2018, I knew it was only a matter of time before a full acquisition. I still remember Shola’s message, “Bro, the deal is done, we are selling to Stripe.” I was like, “Finally we have lift-off in our ecosystem.”

What return did you make on your investment in Paystack?

In terms of the exit multiple, the only thing I would say is, you wouldn’t make as much money on the odds at a roulette table.

In addition to Paystack, have you had any other exits?

A few of the companies we invested in two or three years ago are now reaching meaningful valuations. We might have invested in the region of $20,000 at a $200,000 valuation. Several of these businesses are now reaching $15 million to $20 million valuations, creating opportunities for 70x returns. We’ve seen secondaries (VC firms purchasing stakes in companies from existing shareholders) happening in our markets and, in some instances, we have taken money off the table. These deals are often not publicised because they are not seen as a typical exit. Apart from the Paystack exit, we have done three secondaries. The next few years will be critical in terms of judging the bets we’ve made because it is still very early days.

Voltron will also invest in countries beyond Nigeria; name one African country that excites you from a tech investment perspective.

Egypt is hot at the moment. I’m busy familiarising myself with that market and exploring partnerships with locals in the ecosystem. They’ve had some successes with payments companies and recently several start-ups have had large fundraisings.