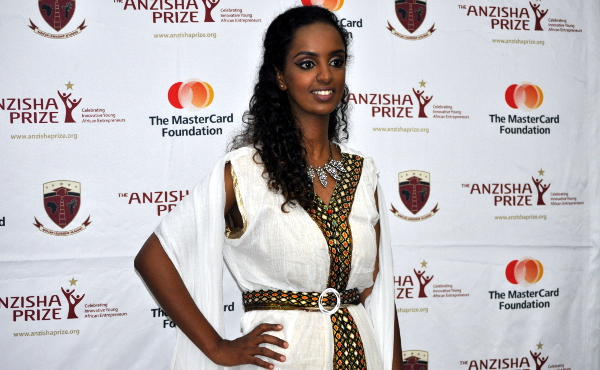 “If we don’t stand up for the things that we are passionate about, then who will,” asks Hidaya Ibrahim, co-founder of QAPEQ.

Hidaya Ibrahim was 18 when she left her home in Ethiopia’s capital Addis Ababa to study at New York University Abu Dhabi in the UAE. She had just finished high school and was excited at the chance to pursue an undergraduate degree in social research and public policy. However, within her first few weeks it became clear she lacked some of the analytical skills that many of her college peers had.

“There were students from all over the world and it was difficult to compete [academically] with them at first because the skills that were tested in college weren’t really tested in my high school – like conducting and analysing research for instance,” she explains.

“In high school we were never asked to collect data and reflect on it. Rather a teacher would constantly feed students concepts and you take it in without question… So it was a bit difficult to adjust myself to that kind of learning.”

But Ibrahim clearly saw the merits in her college education. It taught critical thinking, which would better equip her for higher ranking management roles in the working world, where problem-solving and innovative thinking is required.

And while Ethiopia had made huge strides towards access to education, she thought it was time there was more focus on improving its quality.

Being part of the solution

She met with nine other Ethiopians at her college who felt the same, and they started discussing some of the flaws in their home country’s education system. One of the problems they identified was the final national exams, which consisted entirely of multiple choice questions. A shortage of resources (such as libraries and laboratories) and qualified, passionate teachers (who could relate theories taught in the classroom to real life) was also identified as key problems.

However, the group realised these challenges (alongside possible solutions) needed to be discussed by the various stakeholders. So they decided to organise a public forum – attended by teachers, policy makers and students – with the hope that all parties could collaborate and come up with solutions. But this was easier said than done, and took months of organising.

“We reached out to the Ministry of Education first and were fortunate enough to actually talk to its deputy minister. He was very receptive and directed us to the Addis Ababa Education Bureau, which is the actual body that works directly with both primary and secondary education in the country – the curriculum and stuff… Representatives from both organisations agreed to attend.”

They also managed to get staff and students from a variety of public and private schools on board, as well as a number of relevant NGOs, such as the United Nations Educational, Scientific and Cultural Organisation (UNESCO).

Finally, in August 2013 (when Ibrahim was in her second year of college) the first forum was held. Attendees were placed into groups containing different stakeholders and were asked to identify problems and possible solutions. These findings were then compiled in a report.

While the forum was a success, Ibrahim and her team knew these discussions needed to continue. They founded the Qine Association for Promoting Education Quality (QAPEQ) and started raising funds and planning the next forum in 2014. It also launched an alternative platform – based on one of the key recommendations that came out of the first forum – that would encourage analytical thinking by students. Among other things, the platform hosts workshops to develop academic skills such as in writing and research. It also runs an annual competition, which managed to attract 240 high school students in its first year.

Today QAPEQ has managed to hold three public forms on education and two annual student competitions, with the third about to launch.

Ibrahim’s efforts caught the attention of the Anzisha Prize, an award for young innovators and change-makers in Africa, and last year she was named one of its 12 finalists.

When asked why she was inspired to take action to improve her country at such a young age, she said: “Because I felt accountable.”

“My advice to young people would basically be that if you have a problem in life, you should try solving it yourself and not wait for someone else to do it. There is so much responsibility we give to the government or organisations we think are responsible. But really those organisations are influenced by individuals like us,” she continues.

“And if we don’t stand up for the things that we are passionate about, then who will?”