With its population of more than 170m people and a fast growing economy, Nigeria is attracting significant attention from a business perspective. The country is expected to soon overtake South Africa as the largest economy on the continent. 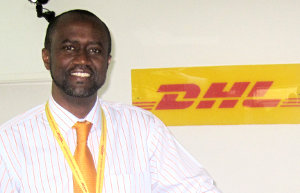 However, just 150km from Nigeria’s sprawling business hub Lagos, lies the city of Cotonou, the commercial capital of Benin, a small francophone country with a population of about 10m people. In fact, many goods destined for Nigeria are shipped through the port of Cotonou.

Like its big neighbour, Benin also has a growing middle class with a new appetite for a range of consumer goods. “There are more and more people becoming consumers, with new shopping habits and a new way of life,” says Mamadou Aw, country manager of DHL Express in Benin.

In its latest African Retail Development Index, US-based consulting firm A.T. Kearney ranked Benin as the 11th most attractive market for retailers in Africa, ahead of countries such as Angola, Zambia and Kenya. To compile the rankings, the firm considered the current state of each country’s retail environment, as well as its future potential. Countries with relatively developed retail sectors therefore might not rank as high due to fewer opportunities for newcomers.

“Because of its status as a transport hub, Cotonou has become a crossroads of West African commerce. The city is a so-called ‘market town’, enabling trade with the countries of the African interior, such as Mali, Burkina Faso and Niger. In addition to the port, there is a free trade zone in the interior of the city for use by the landlocked Saharan states,” said the hotel group in an earlier statement.

Benin holds significant potential in agriculture, especially in areas such as fruit, cotton and palm oil production. Aw notes that almost every day DHL exports up to six tons of pineapples from Benin to Europe. However, the majority of the country’s pineapples are exported in raw form, and he sees potential for processing these into products such as juice and canned pineapple.

According to Aw, more can also be done to exploit Benin’s tourism potential. The country is home to a number of wildlife reserves, such as the Pendjari and W national parks. There are also a number of other attractions, such as the town of Ouidah, a must-see for anyone interested in Benin’s history of slavery.

Benin is expected to soon resume with crude oil production, which could hold benefits for the broader economy. The country started producing oil in the 1970s but stopped by the end of the 1990s when funds dried up. Nigerian-based South Atlantic Petroleum is said to start pumping crude from its offshore blocks by the middle of this year.

Aw has worked for DHL across West Africa and says Benin is one of the region’s most stable and peaceful countries.

However, foreigners shouldn’t confuse the relaxed nature of the people with laziness. “Beninese just need to be challenged. They can come across as very easy going people, but once you challenge them, they can get the job done quickly.”

While Benin struggles with the same challenges of corruption and a lack of infrastructure as many other parts of Africa, Aw says the country is a relatively secure and peaceful place where businesspeople can focus on their work.