Kenyans go to the polls on 4 March, the first general elections since the disputed 2007 polls that culminated in violence leading to the killing of 1,300 people. The post-election turmoil also had a devastating effect on the economy, especially on tourism. How we made it in Africa’s Dinfin Mulupi talked to Richard Kiplagat, a director at consultancy Africa Practice East Africa, about Kenya’s business environment and what to expect from the elections. Below are excerpts. 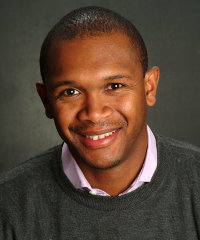 What are the likely scenarios after the March elections and how will it affect the business environment?

I truly do not expect Kenya to have violence that will be anywhere near the scale of the 2007/2008 post-election violence. All the indications are that primary political parties do not want to be seen as having been responsible for a repeat of national scale violence. I believe the Kenyan public in general does not have an appetite for violence. This country has made the most important investment that a country could make in the passing of the new constitution and the strengthening of institutions like the judiciary. We expect a very swift return to rapid and dramatic economic growth after the elections.

What do you tell foreign investors about Kenya’s current business environment?

Kenya is the economic engine of East Africa. Historically, Kenya has been politically stable and has benefited over the last ten years from stable and consistent macroeconomic policy. This combination has helped the country create an environment that is predictable and for foreign investors this is attractive.

Beyond that, there are a couple of key factors. Kenya is the corridor to South Sudan, Uganda and Rwanda and therefore is tightly linked economically to neighbouring countries. The human resource potential of Kenya is arguably far better than some of the other alternative investment destinations in Africa.

Which industries hold potential for investment?

There is a rapidly growing middle class in the country therefore creating demand for fast-moving consumer goods. We are seeing opportunities in extractives like oil, gas and minerals like titanium, which are in abundance and have had very little exploration and exploitation. There is a lot of potential in agro-processing amidst an increasing global food demand. Kenya has a number of flagship projects like the Lamu Port-Southern Sudan-Ethiopia Transport (LAPSSET) corridor and the Konza Technology City project, which present tremendous opportunities for investors. I think the future for Africa is intra-Africa trade and connecting African countries with each other through projects like LAPSSET will be a game changer.

And the risks investors should know of?

According to the World Bank there are three things. This is corruption, high cost of energy and transportation. I would like to add terrorism although it is a global problem. This is not a reality that is specific to Kenya even though we do have the presence of Al Shabaab in neighbouring Somalia. Terrorism presents a national security concern. Terrorism is a big challenge globally because of its random nature. Kenya needs to take this head on and do everything possible to improve national security and create confidence that security risks have been reduced.

China’s presence in Kenya has grown significantly since the last elections. Please share your thoughts on this.

Global dominance of China given its growth and size has been recognised the world over. The emergence of China offers Kenya, and Africa in general, an alternative. We now have two suitors and it is upon Africa to negotiate the best possible outcome. Africa has leverage, natural resources and should use that opportunity to negotiate the best possible terms of trade. Every investor is out to get the best return for themselves at the lowest cost. We should not forget our history of trading with the West. The terms of trade with the West were not always the best for Africa. However, we ought to know that neither China nor the West is benevolent and wants to help Africa. They might want to help Africa because it serves them and their needs and aspirations.

Where do you see Kenya in the next five years?

I see a Kenya with better governance, better infrastructure, a population of well trained, highly skilled, globally competitive human resources and an integrated East African Community with a large market that cannot be ignored by any investor in the world. Technology will play an important role in how we learn, buy, farm, transact, work and play.