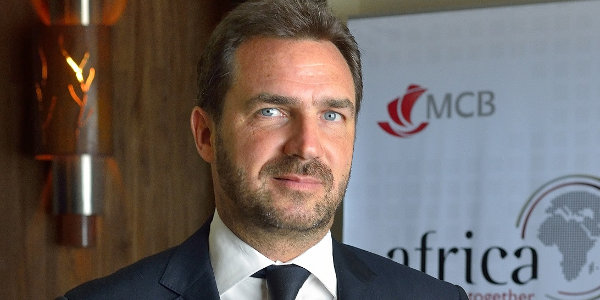 Mauritius Commercial Bank (MCB) expects digitalisation to grow exponentially in Africa during the next five years. If for most developed countries digitalisation is all about disruption, in Africa it is more of a conventional enabler of development. This means that on the continent, views of digitalisation have to be re-imagined from the global view for local-fit.

In Africa, true innovation tends to come out of necessity. Within the banking sector, developed countries’ banks have uniformly adopted an omni-channel strategy. This luxury is not yet possible in Africa. The predominance of mobile phones in Africa, but dearth of either internet access or physical branch infrastructure, means mobile is the major enabler of expanding banking services beyond its current low level of penetration.

“One of the most serious barriers to digital transformation in Africa is the high cost in ICT goods and services. These reduce ICT take up and consequently diminish demand for ICT consumer goods, as well as impacting the ability of firms to deploy technological advances to improve product offering and streamline processes,” says Raoul Gufflet, deputy chief executive of MCB.

This digital gap reflects the variance in economic development among Africa’s economies. The most affordable prepaid handset-based mobile-broadband services are found in those African countries with the best GNI p.c. levels, such as Gabon, Mauritius, Seychelles and South Africa.

Many of Africa’s tech hubs lack the infrastructure support – IT, internet, power and roads – necessary to realise their full potential. In the World Economic Forum’s latest Networked Readiness Index report (2016), the top performers in the Infrastructure sub index, are Mauritius and South Africa with scores of 4.0 and 4.1 respectively. Most African countries are placed in the bottom part of the index, with Guinea scoring lowest with 2.0.

There is a similarly wide variation in the degree of liberalisation in sub-Saharan Africa. Many countries have fully liberalised their ICT markets, while in countries such as Burkina Faso, Cape Verde, Kenya, Lesotho, Madagascar, Mauritius, Nigeria, Tanzania, and Uganda, divergence still exists, with some countries like Swaziland and Ethiopia having mostly state controlled ICT services.

One positive fact is that payments technology across the continent is evolving at “unprecedented speed”. One such technology is the mobile phone-based micro-lending. The Nairobi-based financial technology firm MODE offers a variety of micro-credit solutions; one called Nano, allows mobile subscribers to request salary advances and receive the advance via their mobile money provider.

“Keeping pace with those technologies will require major investment from banks. They will also have to contend with the fact that disruptive new competitors – for example PayPal and Apple – already have the edge over them in digital technology. Banks would be well-advised, to my mind, to face this challenge head on, whether via joint ventures or higher investment.

“They need to keep up with technological change if they are to have a long-term business model,” adds Gufflet. However, Africa does have a great advantage over other continents riding the disruptive wave, he says: “There’s far less legacy to get in the way in sub-Saharan Africa than exists in many other regions. This offers a clean sheet on which companies can develop their own distinctive business models.”

A massive potential market for digital services exists. This is evidenced by the increase in digital transformation by banks and financial institutions on the African continent, in particular South Africa, Nigeria and Egypt. “This can be directly linked to innovations that meet the needs of historically under-serviced market – the unbanked. For instance, 66% of people in sub-Saharan Africa still do not have bank accounts and 94% have no access to formal borrowing. This opens a door to opportunity that is unimaginable in more developed economies. I expect to see existing financial institutions and fintech companies increasingly develop products to seize market share, and to service millions of consumers who previously haven’t had access to bank accounts or other financial institutions.”