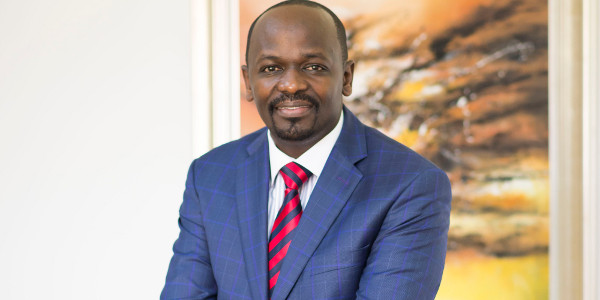 Julian Kyula is a celebrated Kenyan entrepreneur. The 40-year-old is founder and CEO of technology company Mobile Decisioning (MODE) that offers a wide array of micro-credit solutions of up to US$100, enabling more than 350 million mobile phone subscribers to access cash and airtime via mobile money. Users can also secure credit to settle utility bills, which MODE directly pays to the utility provider on behalf of the mobile subscriber.

Founded five years ago, the company today has operations in 26 countries globally and is in the process of launching in eight new markets.

The motivation to start the business was to “bring people to financial inclusion”.

MODE has been recognised internationally for its innovation, while Kyula has received numerous awards including the 2012 IBM Global Entrepreneur of the Year Award. Speaking to How we made it in Africa, he shared his personal journey in entrepreneurship.

He noted his initial ambition was to grow MODE just across five countries in East Africa.

“[But] we now have operations all the way in Afghanistan, Kuwait, Haiti [and] Dubai – and we have won contracts in places like Indonesia [and] Myanmar,” says Kyula. “What I have discovered is the world is ready for innovation. It doesn’t know innovation as being African or European. As you start to have the credibility and [financial] muscle to grow, you really are the one that determines how far you want to go.”

When running a fast-growing company with a wide geographic reach, Kyula says the biggest investment should go towards people, processes and technology. But expanding to different markets comes with some unique challenges.

For instance, in some regions people have reservations on the capabilities of an African company to deliver certain services effectively. When he encounters such people, Kyula says he doesn’t allow himself to be offended.

“There are places I am told, ‘don’t send Africans’. And it doesn’t offend me. There are people that don’t think an African company can do what we are doing – so sometimes you have to look like you are headquartered differently.

“I am very confident, but I am also not naïve. If there are places that I know people are sensitive in seeing an African – then I send one of our European brothers or sisters.”

MODE currently operates global offices in Nairobi, London, Delhi, Lagos, Dubai and Johannesburg. Although managing operations in multiple markets is challenging, Kyula says it shouldn’t be an excuse not to grow your business. Only an insecure leader would want to manage everything, everywhere.

“Do everything to make yourself absolutely irrelevant in your business,” he advises. “The quicker you can raise people to take your place the more you are going to be able to achieve – because the truth is you will never lack something to do.”

Kyula is also a senior pastor at the Nairobi-based Purpose Centre Church. He says he draws his leadership approach from Jesus, especially the concept of ceding control and mentoring others to take his place.

“If you study Jesus as a leader – his articulate training of leaders and his [decision] to go away so that [the people he trained] could do what he taught them – it is perhaps one of the biggest secrets of leadership that a lot of people have not been able to tap into.”

But he doesn’t see himself as a perfect leader, and admits to having made mistakes. Kyula previously lived and worked in the US for 11 years before relocating to Kenya in 2005. While in the US, he tried his hand at business and failed.

“I tried a real estate business and it flopped completely. I lost a lot of money and I have lost a lot of friends,” he recalls. And his first business in Kenya after returning from the US (a financial risk and debt management company) “did very badly”.

“They got a new CEO, and things got better so I guess I was the wrong CEO for the company. I sold it for a dollar because I didn’t have the strength to restructure it.

“The vision had just gone a different way. It was also a very tough time [because] Kenya had just gone through post-election violence, there was a global economic meltdown and everything I was trying to do was just very difficult. I tell that story of my failure and my inability to lead because sometimes things just go wrong.

Despite the failures, which he describes as bad experiments, Kyula knew he’d always give it another shot because entrepreneurship is in his DNA.

“I was hustling from a young age. In school I was the kid trading chevra (an Indian snack popular in Kenya). I would sell to other students on credit [and] give them a few days to pay but with an interest. In high school I was helping people finance bread. I could understand that they could not afford a full loaf, but if I broke it into slices they could afford it,” he says.

There is no ‘getting there’

While he lauds efforts to train youth on entrepreneurship Kyula says some elements can’t be taught – one has to be born with it.

“Entrepreneurship has become a possibility for anyone anywhere because the world has become a village. However, people have to understand that entrepreneurship is not a walk in the park. I have hundreds of employees. I would have sleepless nights if I didn’t know how their families are going to eat. There are lot of people relying on your ability solve problems.”

While others might be mesmerised by his ascent in the world of business, Kyula believes there is no such thing as “getting there”.

“Things can disappear from us in one moment. If someone asked me what I would do if MODE went down and I lost everything. I would tell them I will start again. I have done it before. Would I be heartbroken? Yes. But I will start again because it’s in my DNA.”