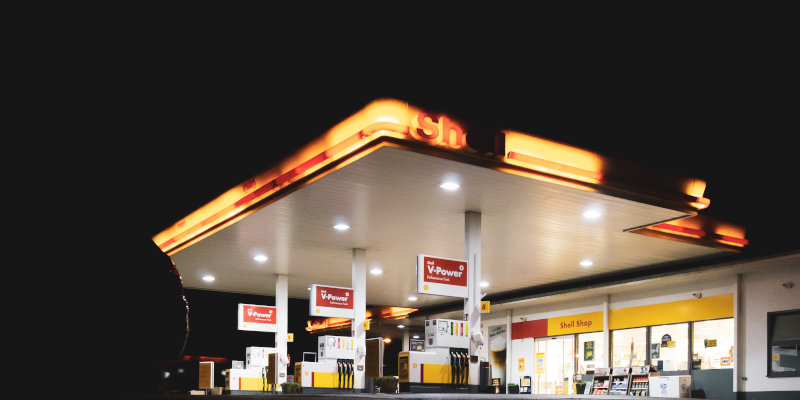 In Africa, the twin challenges of the coronavirus pandemic and subsequent drop in oil prices are affecting countries in different ways: net energy exporters are braced for headwinds, but net importers have some relief from current account pressures.

Globally, lockdown and social distancing measures resulted in a sharp drop in demand for oil, particularly in the first quarter.

The price of Brent Crude fell from just under $59 a barrel on February 19 to a 20-year low of around $20 a barrel in late April, before an agreement from OPEC+ countries to slash global output helped prices recover to current levels of around $41.

Also in late April, with storage capacity running dangerously low in the US, the price of West Texas Intermediate (WTI) crude oil futures plummeted into negative territory for the first time in history, with prices falling as low as -$40 a barrel.

Exporters to bear the brunt

This impact of the price slump was felt in particular by the African continent’s net energy exporters, which in many cases derive significant proportions of GDP and revenue from the sale of hydrocarbons.

With annual budgets premised on higher oil prices, governments in these countries have had to look at cutting expenditure or sourcing additional finance to adjust to the fall in revenue.

Nowhere is this more evident than in Nigeria, Africa’s largest oil producer with an output of around 2 million barrels per day.

While oil makes up about 10% of the country’s GDP, it accounts for 57% of government revenues and more than 80% of exports, meaning that any drop in export income could have significant effects on the broader economy.

In its “Global Economic Prospects” report released in early June, the World Bank predicted that Nigeria’s energy sector is set to shrink by 10.6% this year.

In response to the price fall, the government’s revised budget, passed by parliament on June 10, altered the benchmark oil price from $57 a barrel to $25, while officials also approved $5.5 billion in additional loans to help fund the new budget deficit.

Austin Avuru, CEO of independent oil and gas firm Seplat Petroleum, told Oxford Business Group that, while the company was continuing to invest in gas projects, efforts were being made to reduce operational spending. “Overall, our target is to get close to a neutral cash flow position in 2020. So the main target of our budget restructuring is to be able to survive FY 2020, with the hope that during 2021 prices will climb back and we will manage to resume our planned investments. Meanwhile, in 2020 the key word is survival.”

Elsewhere, low oil prices are also set to have a significant impact on Angola and Algeria, the second- and third-largest African oil producers, respectively.

In Angola, where oil makes up 90% of total export revenues, the value of oil exports fell by nearly 50% from April to May, while in Algeria, which similarly derives over 90% of export revenue and funds 60% of its budget from oil, the government announced in May that it would slash the 2020 national budget by 50%.

In an indication of the importance of oil prices to the wider business environment in producing countries, while 34% of respondents to OBG’s Africa Covid-19 CEO Survey said that the fall in prices would affect their company’s recovery plan, this figure rose to 60% in Algeria and 65% in Nigeria.

A reprieve for energy importers?

While they are not immune to the economic fallout of Covid-19, net energy importers on the continent will be better insulated from the direct effects of low oil prices.

Countries that do not rely on energy exports for a significant portion of national revenue will not directly suffer from the fall in oil prices. In addition, those that source their energy from abroad will see some benefits from lower oil prices in their balance sheets.

Despite these positives, however, the World Bank has warned that the prospective benefits for energy importers will be minor in comparison to the broader economic damage of virus-related lockdowns.

“In the context of the current restrictions on a broad swath of economic activity, low oil prices are unlikely to do much to buffer the effects of the pandemic, but they may provide some initial support for a recovery once these restrictions begin to be lifted,” the bank stated in a report released in early June.

One notable benefit from lower oil prices could be in the area of energy subsidies. Analysts have suggested that a reform of subsidies in energy-importing countries, such as those seen after the oil price slump of 2014-16, could free up significant public funds to be directed towards other pandemic recovery efforts.

Although net importers are still experiencing a negative impact on other key industries, they are set to fare far better overall than their exporting counterparts.

According to the World Bank, oil importing economies in MENA – which includes African countries Djibouti, Egypt, Morocco and Tunisia – are expected to experience a 0.8% average fall in GDP this year, compared to the 5% average contraction projected for oil exporters in the region.

Similarly, in sub-Saharan Africa exporters are tipped to experience a 3% fall in GDP, slightly above the overall average of 2.8%.

This article was originally published by the Oxford Business Group.

[May 2020] The way forward: How Africa can make a comeback from the oil and gas downturn
[April 2020] Covid-19 and the future of African airlines: Kenya Airways and Airlink CEOs share their views
[March 2020] NJ: Ayuk: Underneath Coronavirus panic lies opportunity for African oil producers
[March 2020] Kenya-based investor sees opportunity in Covid-19 crisis
[March 2020] Africa: crisis a once in a decade opportunity