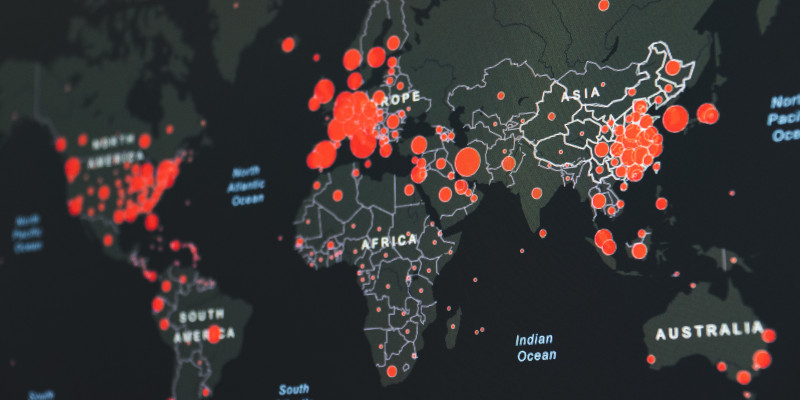 With companies around the world in panic mode due to the Covid-19 outbreak, an East African investment firm has moved to swiftly introduce an offering it believes will find traction in these uncertain times.

EquaLife Capital, a venture debt investor based in Nairobi, has launched its $20 million Africa Venture Debt Covid-19 Relief Fund and is currently seeking investors to commit capital to the fund. The Relief Fund’s mandate is to extend financing to East African companies seeking capital to cope with cash flow challenges related to the crisis.

Venture debt is a type of financing provided to venture capital (VC)-backed companies that cannot secure loans from traditional sources because they don’t yet have positive cash flows or significant assets to offer as collateral. Venture debt typically complements traditional VC equity investments. One of the benefits of venture debt over an equity investment is that it does not dilute the shareholding of a company’s existing investors. A venture debt fund manager, such as EquaLife Capital, typically raises money from outside investors, which it then lends on to individual companies.

Amanda Cotterman, founder and managing partner of EquaLife Capital, says the Relief Fund will make investments in the range of $200,000 to $2 million, with interest rates of between 5% and 10% annually. Under normal circumstances, the firm prices its loans in the region of 15% to 20%.

However, the loans will not be handouts. EquaLife still aims to generate a financial return on the fund, albeit lower than usual. It plans to offer these favourable interest rates to entrepreneurs by raising capital for the fund from a combination of commercial investors (that demand ‘normal’ returns) as well as foundations and NGOs (that have significantly lower, if any, return expectations). “Having those two return structures in the fund allows us to pass on lower rates to the entrepreneurs,” Cotterman says.

Impact of Covid-19 on East Africa

East Africa has relatively few confirmed Covid-19 cases compared to countries in the northern hemisphere. As at 30 March, there were 50, 33, 19 and 70 confirmed cases in Kenya, Uganda, Tanzania and Rwanda, respectively. These countries have instituted various measures to counter the spread of the virus:

The East African region is about one to two months behind Europe and the US in terms of Covid-19 trends, according to Cotterman. However, many business owners already worry about potential retrenchments and economic ripple effects. Social unrest is also a concern as few people have savings to deal with a loss of income.

“We are seeing these immediate and tangible negative impacts on economies around the world. It would be pretty naive to think East Africa is not going to feel the same effects,” she notes.

Cotterman explains that due to the region’s fast economic growth before the Covid-19 crisis, most businesses invested heavily in expansion opportunities and therefore have little cash reserves to deal with the current situation.

“Consumption trends are going to change, disposable income is going to decline, and the government might make decisions that are going to negatively impact business. What we are seeing is that a lot of businesses across the spectrum are really rushing to think through solutions and how they are going to find additional sources of capital to weather the storm.”

However, she believes a ray of hope amid the chaos might be the innovative spirit of East African entrepreneurs, particularly tech-enabled ones, that have demonstrated their ability to come up with innovative solutions to problems in recent years.

EquaLife Capital, launched in 2019, was started in response to a gap in East Africa for venture debt. Cotterman says VC investors in the region have not generally explored debt as an asset class.

To get the firm’s first fund called the East Africa Venture Debt Fund off the ground, Cotterman started by investing her own money. “You make a lot smarter decisions when you have to part with your own hard-earned money … By starting with my own money, I was able to test different investment structures and hone the firm’s mandate.”

She has, however, since also attracted other high-net-worth individuals as investors in the fund. The fund makes investments of between $50,000 and $500,000.

“We are targeting innovative and high-growth-potential businesses which are already venture equity backed but lack the cash flows and assets required to attract and manage traditional debt financing,” Cotterman explains. However, the businesses must already generate revenue and be in a position to service the debt from internal cash flows.

Some of EquaLife’s current investments include a Kenyan dairy processor that sells milk to low-income consumers in smaller quantities through a “milk ATM”; a Rwanda-based distributor of food and dry goods to the hospitality industry; and a coding school operating out of Nairobi.

The road to becoming a venture-debt investor

US-born Cotterman began her career in Asia. She studied in China and went on to work as an investment banker for Morgan Stanley in Hong Kong. After that, she was involved in a variety of consulting projects for governments and multinational companies in Africa, the Middle East and Latin America.

Cotterman moved to Kenya in 2012 and founded EquaLife Group, of which EquaLife Capital is now a division. The company started out as a developer and operator of local businesses. One of Cotterman’s biggest successes was a Kenyan education company: Little Steps. The business provided childcare and pre-school education to the children of middle-class Kenyans. According to Cotterman, parents who both work increasingly want their children to receive the right developmental support and care while they are at the office. While childhood education was big business in other emerging markets such as India, China and Brazil, there were few examples in Kenya.

Cotterman built Little Steps from concept to profitability. Two years ago, she sold the company. “When I exited that, I wanted to get back into the investment world because I saw a huge opportunity to couple my finance skills with the operational expertise I gained; to be able to identify and invest in different opportunities in the East African market. And so, I launched EquaLife Capital in 2019.”