Africa’s growing consumer market and the rise of the middle class have been touted in the media and at conferences over and over again in recent years. While some have questioned the accuracy of statistics claiming that Africa’s middle class is as large as 350m people, it seems that in the West African nation of Liberia the rising purchasing power of the population is a reality. 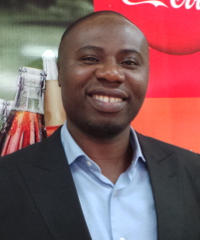 In an interview with How we made it in Africa, Seth Adu-Baah, country manager of the Liberia Coca-Cola Bottling Company (LCCBC), said disposable incomes are growing in Liberia. LCCBC is the sole manufacturer of all Coca-Cola beverages in Liberia.

“Looking at our business alone, where we were a few years ago, and where we are right now, I would definitely say that the purchasing power of the Liberian consumer has gone up. We have more than doubled our business in the past three to four years, so what it means is that people now have the money to patronise and also buy consumer products,” said Adu-Baah.

“More people are becoming employed. People are able to afford a certain quality of life now,” he added.

Distributing product across the country

As it does elsewhere in the world, Coca-Cola follows a franchising model in Africa. The company only produces a syrup concentrate, which it sells to bottlers who hold Coca-Cola franchises for one or more geographical areas. The bottlers produce the final drink by mixing the syrup with filtered water and sweeteners, and then carbonate it before packaging it in cans and bottles

Distributing products in Africa, especially into rural areas, has always been a challenge for companies. However, Coca-Cola is renowned for its innovative distribution strategies.

Adu-Baah wants to see improvements in Liberia’s infrastructure. He said one of the major challenges is a lack of electricity. LCCBC runs its bottling plant completely on expensive generators.

LCCBC also faces challenges in bringing raw materials into the country. Adu-Baah said inspections at the port can often take months, which has a negative effect on production. LCCBC however, works closely with logistics company DHL to clear its imports through customs. “Apart from the courier service that they offer, we also trust DHL with the clearing of our sugar, a key input of our products.”

LCCBC is also investing in empowering women as part of The Coca-Cola Company’s 5by20 programme.

To date, 150 women in Liberia have received financial skills training, mentorship opportunities and a retail starter kit for small business including a cooler, cases of Coca-Cola products and a market umbrella. The plan is to increase this number to 1,500 women by the end of 2014.

“Liberia’s growth in the last 10 years is one of the success stories of this great continent,” said Muhtar Kent, the chairman and CEO of The Coca-Cola Company, in an earlier statement. “Investing in women’s entrepreneurship is the surest way to guarantee that growth continues.”

Currently most of LCCBC’s beverages are packaged in returnable glass bottles. However, Adu-Baah looks forward to the introduction of a new PET line, which will allow the company to package Coca-Cola in plastic bottles. It will also allow the company to produce bottled water locally, a product which it currently imports.

“We would be able to make it much more affordable, because the water we import is too expensive. Price wise it is not competitive,” he said.

Adu-Baah believes Liberia’s economy is heading in the right direction. “Investors are coming in and the confidence level is also very good. If basic infrastructure is fixed, the sky would be the limit.”