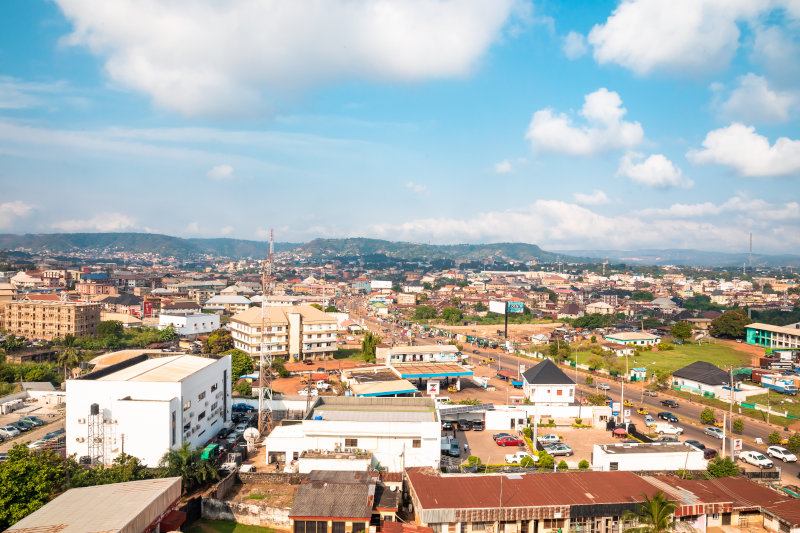 In the southeast of Nigeria, lies the city of Enugu, capital of Enugu state. It is often called Coal City due to the large coal deposits in the region.

These days, says Nobert Okafor, founder and CEO of the Noberto Group, it can be seen as an incubation environment for business. The Noberto Group’s facility, where it processes plantain, banana and cocoa into various products, is situated in Enugu city while it also has a farm on the border of Enugu and Anambra states.

“I grew up here and understand the people and their tastes. The city itself has a smaller population than other cities but one that demands the best product at the cheapest price,” says Okafor. “If you make it here, you can use it as a platform to launch into other places.”

According to Okafor, property prices in the area are starting to climb as people from neighbouring states recognise the benefits the city offers.

“We have less traffic issues. The security is still good, and it is serene and peaceful. You can be creative here. You can be productive,” he adds.

Okafor maintains there is a lot of potential for more agro-processing facilities to be set up in the city.

“I am one of the people who saw the gap in the market and followed the Malaysian model of farming and then processing the farm produce into finished products. Without value addition, I think you are wasting your time.”

Enugu has a few rice plantations that Okafor believes provide opportunities for processing into finished, polished rice for the local market. “The price of rice is through the roof here. Anyone producing and processing rice in this area will find a viable local market with existing demand.”