Bayer CropScience, a division of the German chemical and pharmaceutical giant, is hoping to win over small-scale farmers in Africa with smaller pack sizes.

The company has identified small-scale farmers as a priority as it expands its presence in sub-Saharan Africa. However with their relatively tiny plots of land, these farmers typically don’t have the need (or the money) to buy large quantities of crop protection products.

Similar to companies such as Unilever and Procter & Gamble that are selling toothpaste and washing powder in small pack sizes for low-income customers, Bayer is also offering its agrochemicals in single use packs.

Bayer has launched a small 10 mℓ pack of insecticide that can be used on cotton. It is just about the right quantity to mix with 15 ℓ of water, the capacity of a knapsack sprayer typically used by small-scale farmers. The product costs under US$1, and is currently for sale in countries such as Malawi, Zimbabwe and Zambia. 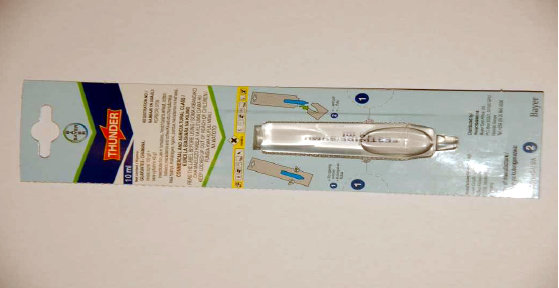 “We need to offer the small farmers in Africa products and also a pack size which are adapted to their needs,” Eric Bureau, head of business development for Africa, told How we made it in Africa at the company’s head office in Monheim, Germany.

According to Bureau, Bayer has also identified a number of other crop protection products that it plans to launch in smaller pack sizes.