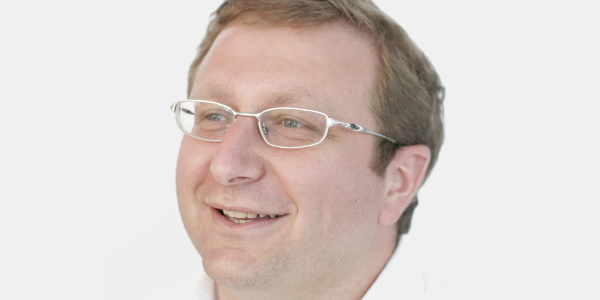 Ten years ago it was easier to pay for groceries via a mobile device in Nairobi than it was in New York. M-Pesa, the mobile money system set up by Vodafone for Kenyan telecoms group Safaricom and its Tanzanian peer Vodacom in 2007, revolutionised small money transfers in Africa and put the continent at the cutting edge of mobile payments processing. Within six months, one million Kenyans were using M-Pesa – and today 30 million people across Africa make over 10 million transactions per day.

It takes much more than one clever idea to create a tech culture. Since M-Pesa, few ideas or businesses have enjoyed similar success. A shortage of funding and support networks for entrepreneurs, as well as relatively shallow pools of people with spending power, has historically held back new tech businesses in Africa. But the situation is improving as startup clusters develop and the middle class grows. Today, Amadeus Capital Partners is having discussions with entrepreneurs in Cape Town, Nairobi and Lagos that resemble the talks it had with business people in London, Berlin, and Stockholm two decades ago. And it is seeing the first significant generation of growing startups (those achieving later stage series-B funding) emerging from those cities ready to take on the rest of Africa and beyond.

Africa presents a huge long-term opportunity for investors. Its population grew by about 25% between 2007 and 2016 to 1.2 billion while GDP expanded at over twice that rate to US$2.3tn, according to African Development Bank (AfDB) statistics. AfDB estimated that the continent’s middle class – those earning between $2 and $10 a day – numbered nearly 350 million as far back as 2011 (although critics have questioned those figures). Today, more than 60% of the population has a mobile phone, from which they frequently access the internet. But there are significant challenges too, such as weak physical and digital infrastructure, as well as volatile currency markets that can take a significant chunk out of investor returns.

Venture capitalists have seen this movie before and know how the story goes. It is known that economic progress is no guarantee of venture capital (VC) success, nor is economic development a smooth path. Take India as an example. On paper, it ticks many of the right boxes. The World Bank predicts it will be the world’s third-largest economy within 10 years and its population of 1.3 billion is expected to overtake China’s by 2024, according to UN estimates. It too has a burgeoning middle class, which Indian think tank National Council of Applied Economic Research (NCAER) believes could hit 547 million people in 2025-26. Add to the mix its university pedigree in engineering and its recent history as an outsourcing destination for global technology firms and there are clear attractions for VC investors. As a result, more venture capital was invested in startups in India than in the UK in 2017. Success is coming too. A number of companies have achieved multi-billion-dollar valuations, including e-commerce marketplace Flipkart, as well as mobile payments group Paytm, and these are attracting large technology investors like Japan’s Softbank into the market.

Yet the reality is complicated. The country’s middle-income bracket is not growing as quickly as previously forecast, nor is the term “middle class” a clear indicator of prosperity – NCAER reported in 2014 that only 40% of the middle class had a piped water connection. In fact, it’s the wealthiest that have been capturing the lion’s share of economic progress, with the top 10% of earners now accounting for 55% of national income, versus 40% at the turn of the millennium, according to the 2018 World Inequality Report. That is ultimately holding back consumption growth – e-commerce sales were virtually flat in 2016 and just a little better than the global average of about 20% in 2017, data compiled by The Economist showed. There are undoubtedly opportunities to invest, but the market is competitive and valuations in some sectors can be high.

So might venture capital dollars be better invested elsewhere?

As a region, Latin America is probably the wealthiest and most developed of the emerging markets. From a VC perspective, it’s so far the only region to have created technology startups that have grown to be very large-scale businesses, eventually exited successfully via IPOs or M&As. Brazilian online travel agency Despegar.com, marketplace Mercado Libre and Argentinian IT and cloud computing firm Globant are among those to have gone public on the Nasdaq and NYSE exchanges.

Southeast Asia is also coming up rapidly on the rails. The region does have its challenges, such as logistics in Indonesia, which has more than 17,000 islands, as many as half of which are inhabited. But it is producing a very strong pipeline of startups, mainly in Singapore and Kuala Lumpur, and the net is widening. And there is a growing cohort of early-stage funds, as well as interest from corporate investors particularly the large Chinese internet players. As yet, there are no large-scale exit successes that prove the market, but they are expected to emerge in the next three to five years.

So where does that leave Africa? The continent is starting from a lower base but is catching up in terms of economic development and startup culture. When Amadeus set up the Digital Prosperity Fund, it established a presence in Cape Town to capture opportunities in Africa’s largest tech hub. The Silicon Cape, as it is affectionately known, is responsible for more than 400 startups, over 60% of the continent’s total. Moreover, the Universities of Cape Town and Stellenbosch are world-class institutions that are breeding grounds for plenty more bright ideas.

The companies being created in Cape Town have a strong entrepreneurial pedigree and international ambitions. Travelstart, into which Amadeus invested $40m alongside MTN in 2016, was founded by Stephan Eckbergh, who previously built and sold a leading Swedish online travel agency before turning his attention to South Africa. The capital injection Amadeus made is enabling the company to consolidate in South Africa and build scale in countries such as Nigeria, Kenya and Egypt.

Other African markets show potential but lag behind. Some 150 companies have emerged from Silicon Savanah, centred on the Kenyan capital of Nairobi, but none have yet replicated the success of M-Pesa. There are entrepreneurs and active investors, but the local market is relatively small, which makes it hard for companies to reach scale quickly. And without scale in their home market, businesses struggle to secure the funding needed to become pan-African players.

Contrast that with the most youthful hub, Yaba in Lagos. While home to a relatively modest 50 startups, the sheer size of the Nigerian market, combined with locals’ hunger to consume and adopt technology, has propelled some companies for a very short time. Jumia, founded in 2012 and which spans e-commerce, jobs and finance, was the first to pass the $1bn valuation mark. Within 10 years – the lifespan of a typical venture capital fund – Lagos is likely to become another leading technology hub in Africa.

Africa, one of the final frontiers for venture capital investment

Although e-commerce, fintechs and online marketplaces are prevalent investment themes and reflect global technology trends, there are startups that address uniquely African issues. “Solar as a service” is giving millions of Africans in remote locations access to electricity via portable solar panels, controlled – and paid for – via mobile phones. M-Kopa, backed by the entrepreneurs behind M-Pesa, has connected more than 600,000 homes across East Africa to solar power and placed an order with a domestic manufacturer for 500,000 photovoltaic panels to help meet demand over the next two years. It’s one of about a dozen companies in the space already generating significant revenues.

The opportunity for financial investors will be in potentially consolidating the market to create a leader with the scale to appeal to a large strategic acquirer or float on a stock market, in turn paving the way for the next generation of startups in the sector.

Where there are opportunities, there are also challenges. Often the delivery infrastructure for e-commerce does not exist, so successful online retailers need to establish their own networks. Moreover, in many emerging markets, items that are considered small purchases by developed market standards – like training shoes – are paid for over 12 months. Where people don’t have credit cards or bank accounts then cash payments need to be collected in person at time of delivery. Investors also need to be aware of the macro risks. Sharp local currency movements are capable of wiping out a significant portion of annual earnings when translated back into dollars or euros. Over the typical five-year investment term, double-digit annual earnings growth should more than compensate for currency fluctuations, but shorter term investments may be disproportionately affected.

For investors like Amadeus, it is a question of balancing the risks with the undoubted long-term opportunities. Africa is beginning to produce world-class startups and its growing population is hungry to adopt technology and consume – often bypassing fixed-line internet and going direct to mobile. Yet the evolution will take time, and there will be setbacks and challenges along the way. Nevertheless, Africa represents one of the final frontiers for venture capital investment and that’s why we are getting ready now for what promises to be a very large, long-term opportunity.

Andrea Traversone is a partner at Amadeus Capital Partners. This article was originally published in Proparco’s magazine, Private Sector & Development.