Africa’s growing middle class has inspired much of the renewed business interest in the continent over the past years. However, a recent report authored by Standard Bank economist Simon Freemantle suggests the region’s middle class is smaller than formerly believed. 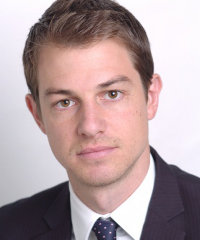 A much-cited 2011 report by the African Development Bank (AfDB) put Africa’s middle class at about 350m, or 34% of the population. The report defined the middle class as those with a daily consumption of US$2-$20.

Many commentators have, however, conveniently ignored the fact that the AfDB divided this group into a further three sub-categories. At the bottom end is what the AfDB calls the “floating class”. These people spend just $2-$4 a day, and account for 60% of the “middle class”.

According to Freemantle, many Africans previously seen as “middle class” are in fact highly vulnerable to various economic shocks and can easily lose their middle-income status.

Freemantle’s study is based on the Living Standards Measure (LSM) methodology that groups people on a scale from 1 to 10 according to their living standards using criteria such as ownership of cars and major appliances. The methodology identified LSM5 and above as middle class.

Some 86% of households in the 11 countries remain in the low-income band, although this figure is expected to improve, falling to 75% by 2030. “Though there has been a meaningful individual lift in income, it is clear that a substantial majority of individuals in most countries we looked at still live on, or below, the poverty line (measured as those with a daily income of $2 or less),” explains Freemantle.

Despite the fact that the middle class might be smaller than earlier estimated, Freemantle believes business people should take comfort in the fact that by any methodology Africa’s middle class is growing strongly. It is expected that between 2014 and 2030 the number of middle-class households will almost triple across the 11 countries.

“While the scale of Africa’s middle class ascent has, we believe, been somewhat exaggerated in line with the at times breathless ‘Africa Rising’ narrative, there is still plenty of scope for measured optimism regarding the size of the middle class in several key sub-Saharan African economies.

“Reliable and proven data should, if anything, spur more interest in the continent’s consumer potential by adding depth to what was previously conjecture,” says Freemantle.