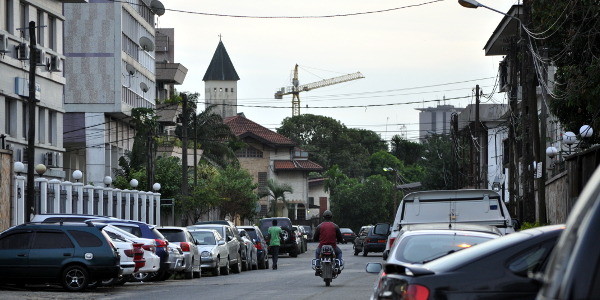 Hot on the heels of China’s US$1tn Belt and Road Initiative (BRI) Conference earlier in May, Indian Prime Minister Narendra Modi launched an equally ambitious ‘Asia-Africa Growth Corridor’ (AAGC) at the India-Africa Summit in Ahmedabad. The continental project, unmistakably a challenger to the BRI’s forays in Africa, will be developed in consultation with think tanks from India, Japan, Singapore and Africa, and will draw funding from India and Japan. The wooing of Africa and the range of options now available to African economies demonstrate their growing leverage on the global stage.

The east coast of Africa stands to gain the most from this renewed attention. While the BRI focuses initially on Kenya, Tanzania, Egypt, and Djibouti, the AAGC intends to cover the entire eastern Horn and coast of Africa from Somalia down to South Africa, eventually reaching the west coast to include Ghana, Côte d’Ivoire and the Gambia. However, it is in a more preliminary phase than BRI in Africa, and specific modalities will need to be worked out. The AAGC vision document has now been submitted to the African Development Bank (AfDB) for their review, and African input into the process will play a vital role in its prospects.

African states have welcomed this attention, but they are determined to engage partners from positions of leverage rather than weakness. Nevertheless, they must also focus much more on developing coherent collective strategies to maximise the potential gains available. Gaining the best outcomes from negotiations not only requires each government having clear priorities, but also being able to compromise with their partners in their economic communities to ensure they have bargaining positions that create win-win agreements. And importantly, they must stick to it and see these projects through. So far, the record on Africa’s engagement with outside partners has been patchy.

Under colonial rule, African states were tied to the global economy for the purposes of fulfilling Europe’s needs for raw materials. Infrastructural development then reflected European demand to get natural resources out of the continent rather than a means to allocate resources within the continent. These colonial dependencies continued after independence, with Africa unable to grow its share of world trade, roughly 2%, or engage meaningfully in global production chains except as a commodity provider. Economic crises and conflicts have exacerbated their woes.

Moreover, economic marginalisation was worsened by the fluctuating attentions of global powers. To the United States, most African states have been a low priority unless they relate to narrow security interests such as terrorism. For many European states, Africa is a junior partner upon which democratic norms and economic wisdom is exercised with paternalistic zeal. For the big financial institutions, such as the World Bank and the IMF, the continent’s perennial debt problems have overridden other concerns at the expense of Africa’s own growth strategies. In this context, African states have had few means of credibly demanding beneficial deals from external partners.

However, the turn of the century has brought important changes. First, African states today have a unifying vision that is powering growth. Africa’s key priority now is industrialisation, as outlined in the African Union’s (AU) ambitious Agenda 2063. At the India-Africa summit, the AfDB projected that African growth will average 3.4% in 2017 and accelerate to 4.3% in 2018 – bullish prospects after a weak 2016, following the commodity downturn. They reminded delegates that Africa was still the second-fastest growing region in the world, in spite of those troubles.

Second, African states have recognised that differentiation within the continent is also essential to survival: Whereas Nigeria has the potential market size to drive towards a comprehensive manufacturing sector, smaller states such as Rwanda see their long-term futures in finance and services, while others such as Djibouti must put all their cards on trade. This nuance will also affect the kinds of infrastructure priorities each state has, while it shows the urgency for skilled workers, particularly in science, technology, and engineering.

Third, the rise of emerging powers such as China and India is creating opportunities for new partnerships and international economic dynamics. International partners must take these new conditions into account if they are to have fruitful exchanges with African states. They must also recognise that African states are in a better position than ever to push deals that benefit Africa, or reject the ones that do not.

Lessons from the EPA rounds

While the BRI and AAGC are jostling for influence, it is instructive to look at the last major multilateral undertaking between Africa and the outside: the Economic Partnership Agreements (EPAs) with the European Union (EU). Like the BRI and AAGC, the EPAs are couched in terms of serving Africa’s interests; they are supposedly development-oriented trade regimes (to enable access to global value chains), based on reciprocity, and supportive of regional integration and economic differentiation.

Yet the EPAs are viewed extremely suspiciously by African states. As the eminent scholar John Ravenhill has pointed out, preferential access for European companies could lead to a capture of those markets and ironically a reduction in intra-regional trade, thereby harming regional integration. The benefits of opening European markets to African companies would not be realised if African companies did not have the capacity to compete in those markets, and were therefore more susceptible to being outcompeted in their home markets. Nigeria has thus refused to sign the ECOWAS EPA, stalling it indefinitely. The East African Community has also dug its heels in following concerns about the effects of the EPAs on local emerging markets. But this is only possible due to African states having moderately greater strength because of their better economic performances of late, as well as having a strong alternative partner in China.

However, the problems were not only with the EU’s proposals. African states sometimes lacked a coherent collective negotiation strategy. While the EPA negotiations were centred on bilateral relations between the EU and the Regional Economic Communities (RECs), this was primarily a choice of the EU, not African states. Instead of unifying African states to speak with one voice, or initiate a substantive economic agenda at the continental level, African states split into smaller groups, which weakened their bargaining position. Furthermore, individual states too frequently break ranks if it suits them. In the Central African Economic and Monetary Community (CEMAC), Cameroon opted to ratify the EPA despite the significant concerns of her partner states. While Africa’s unified vision of industrialisation is commendable, such disunity in strategy still reveals an exploitable underbelly.

Nevertheless, the EPA rounds showed African states, representing many of the poorest and least developed in the world, that they are at their strongest when they have the option to walk away from the table. Like the EPAs, the BRI is sold outside China as wholly beneficial for the recipient states of large infrastructure spending. The BRI and AAGC are a sign of growing external competition for influence in Africa, but external actors must have a firmer conception of Africa’s own interests if they are to succeed.

With these large infrastructure projects, there is still a risk for African states that is not dissimilar to the risks created by the EPAs. African infrastructure development capacities could be crowded out by the Chinese firms, whose foothold in Africa has been growing. The BRI networks will be designed around China’s needs, moving resources as efficiently as possible to ports for export to China. The benefits for African domestic markets are projected, rather than something these infrastructure projects are planned around, and clearly require further study.

China also faces risks if it takes the unilateral route. China, following its own model of special economic zones (SEZs) that had been integral in its own development miracle, had planned to replicate over 50 such SEZs in Africa at the outset of the Forum on China-Africa Cooperation (FOCAC) in 2000. However, the SEZs’ dominance by Chinese companies, overdependence on Chinese funding, and lack of business rationale have led to mixed results and nowhere near the target number being opened. Growing evidence of China “fatigue” in Africa include sporadic attacks on Chinese workers, who have tended to build enclaves, even in states extremely positive towards China.

The AAGC is thus a welcome corrective to a China-dominated narrative of African infrastructural development. Modi stressed it must have African buy-in at the launch, and those behind it hope it will be more inclusive in approach than the BRI. If coordinated by African institutions, it will be centred around African needs and priorities from the outset. The competition for influence in Africa from large economies like China, India, and Japan are testament to the changing economic power that African markets increasingly offer. The AAGC and BRI need not be either/or propositions too, if African states harmonise their collective strategies. Moreover, the AfDB ideally will be poised to accelerate the best projects in terms of furthering collective interests for African states.

While charged language like “neo-colonialism” has sometimes been used by both Western and Chinese engagement in Africa, the real problem was the lack of choice African states had in deciding who could help address their developmental needs. That inability to walk away from a bad deal meant they had to accept whatever was on the table. However, the underlying fundamentals of African markets’ growing clout can finally change that formula permanently as Africa looks out to the world from a new position of strength.