The private equity industry is still in its early stages on the continent, and while this can be perceived as riskier for investors, it also means there is less competition for deals compared to more developed economies. 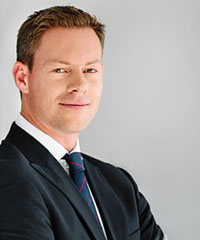 During a webcast panel discussion last month concerning investing in African listed and private equity, Ethos Private Equity partner Ngalaah Chuphi said he believes “it is the right time for investors to seriously look into Africa”.

He noted one reason for this is that African private equity deals are more attractively priced when compared to other regions in the world.

“And in that, it’s telling investors that possibly this is a good time to go into Africa, where there isn’t too much capital chasing deals and therefore you can actually enter deals at very respectable entry multiples.”

According to the Bright Africa 2014 report recently released by South African-based RisCura, around 40% of the African private equity deals that took place from 2006-2013 were priced under 5x EBITDA (a company’s earnings before interest, taxes, depreciation, and amortisation). In comparison, only about 20% of all global deals took place within this lower price grouping.

“In general it can be seen that African deals are more common in lower price groupings than globally where 40% of deals are priced in excess of 7.5x EBITDA”, states the report.

RisCura’s research highlights this lower pricing for African deals is due to a number of factors, such as higher risk perceptions and lower debt availability in African markets.

According to Rory Ord, head of private equity at RisCura who presented the report’s findings at the webinar, “the very low level of debt in African private equity deals means that these deals take on little extra risk through financial leverage and rely on real earnings growth for returns”.

Chuphi said another reason why private equity investors should look towards Africa is because of the improving environment to exit investments.

“The financial markets are starting to grow and so the exit horizon for Africa, even outside of South Africa, will start to be meaningful. You will at some point start to see IPOs being done in Nairobi and being done in Lagos, and places like that.”

He added that with international investors increasingly looking at an African, private equity players will also be able to sell to these corporates.