Despite the recent entry of Walmart and clothing chains such as Zara and Gap, Africa is still not high on the agenda of most international retailers. 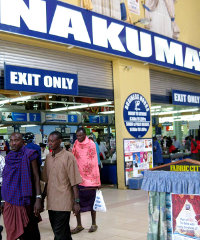 So said Malcolm Horne, CEO of property services group Broll, at the recent Africa Property Investment Summit in Johannesburg. Outside of its home market South Africa, Broll manages shopping centres in countries such as Nigeria, Ghana, Malawi and Namibia.

While many international retailers have aggressive emerging markets expansion strategies, these investments are mostly going into regions such as South America and Asia.

“International retailers are not used to entering into markets where there is no market research; where there are no previous track records; and where they actually have to do a lot of work on the ground to understand the various dynamics of local economies,” Horne explained.

Some international retail companies are adopting a wait and see strategy when it comes to Africa. “They have opted that Africa is far too risky: ‘Let’s not be first into country. Let’s just wait and see’. The reason for this is they don’t understand the markets in Africa. They don’t want to pay the school fees upfront. Maybe it is the right strategy, maybe it is the wrong strategy, but in my opinion it is a strategy that is going to strengthen the local retail market, and it is going to allow local retailers to gain traction in this space,” Horne noted.

Horne said that in the absence of many international brands, African chains are driving the development of the retail sector on the continent. “African retailers have stepped up to the challenge … They have decided to take this challenge head on to expand their businesses into Africa.”

Horne said that most African chains have an intention to expand their businesses beyond the borders where they are currently operating, with markets such as Nigeria, Ghana, Angola, Mozambique, Kenya and Zambia high on the agenda.

In an earlier interview with How we made it in Africa, Atul Shah, managing director of Kenyan supermarket chain Nakumatt, said that the company is looking at expanding its presence beyond East Africa. South Africa’s Shoprite sees potential for over 700 stores in Nigeria alone.

According to Horne, East Africa’s retail sector is relatively advanced compared to many other regions on the continent. He said many South African retailers are looking at ways to enter the East African market.

Not a walk in the park

Horne also described some of the challenges Broll faces in managing shopping malls on the continent. “Africa is about paying school fees and learning the hard way sometimes, but as long as you learn your lesson once … I think you’re fine.”

He said that in a country like Nigeria, retailers often have to import their shop fittings due to a lack of local capacity. “There are not enough skills in country to do shop fitting and to actually install the shops.”

He added that plug-and-play sewerage systems are also not available for most new shopping centres in Africa, and these are often also designed abroad and imported.