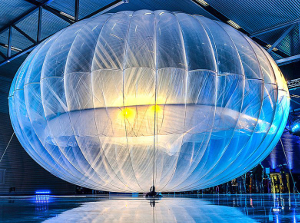 The multinational, multi-corporate push towards increasing internet access in Africa, which began in earnest in 2013, gathered speed in 2014. With only 26.5% of Africa’s over 1bn people connected to the internet, a number of high profile initiatives got underway to get more people online.

International tech giants have played their part in this process. Google launched its Project Loon initiative in South Africa; the Alliance for Affordable Internet (A4AI) has been working with the Nigerian, Ghanaian and Mozambican governments, and the Facebook-led Internet.org app launched in Kenya and Zambia. The Microsoft 4Afrika initiative has partnered with the MyDigitalBridge Foundation and Adaptrum to test television white space technology in Namibia.

Local companies are playing a part as well, however. The modem-cum-router BRCK was developed in Kenya aimed at solving last-mile connectivity issues in areas with power shortages. Liquid Telecom has also been busy, announcing further investment in its African expansion. The company will spend US$34m to lay thousands of kilometres of fibre across Rwanda and to the borders of neighbouring countries. It has also built East Africa’s first internet fibre network ring, plans to connect 7,000 Zambian households to fibre networks by June next year, and is building a satellite hub in South Africa.

The rollout of LTE is also crucial to this push for access, and is accelerating across the continent. In Rwanda, a joint venture between Rwanda’s government and Korea’s KT Corporation is looking to deploy the country’s first commercial LTE network. Kenya’s largest operator Safaricom will roll out 4G services in the next year, while South Africa’s MTN has launched LTE SIM cards for its prepaid customers. And 4G/LTE network operator Smile has announced plans to roll out services to 15 cities across Nigeria.

The benefits of this push for access are clear. The World Bank has said that a 10% increase in connectivity can lead to a 1.38% increase in GDP. And if internet access is increased on the continent, who knows what solutions Africans will build?

There were some significant changes in the operational running of African mobile operators during the year. The mobile network operators (MNOs) have had to deal with the arrival of mobile virtual network operators (MVNOs) – which allow businesses to provide mobile services without the need to heavily invest in the rollout of infrastructure. In South Africa, retailer Mr Price launched its MVNO, while Equity Bank, after some controversy, rolled out services in Kenya.

Faced with these changes in the market, operators are striving to adapt. Many are rolling out LTE services, as we have seen above. Operators across the continent are also rushing to dispense of their tower infrastructure to private management firms, a process which continued this month as Airtel divested its tower assets in Zambia. MTN, Etisalat, Vodafone and Orange are among the companies that have also sold towers to the likes of IHS, Eaton Towers and Helios Towers. The benefit to operators is a reduction in infrastructure costs.

Further to this, as I discussed in my last column, the operators also seem to have realised they are not by definition ‘hotbeds of innovation’, and are launching venture capital (VC) funds to invest in the continent’s start-ups. Millicom launched its $10m Millicom Foundation, while its subsidiary Tigo launched the ‘think’ accelerator programme in Rwanda. Safaricom launched a $1m investment fund for startups in Kenya, while Airtel announced its ‘Catapult-a-Startup’ initiative in Nigeria.

The start-ups and sectors set to benefit

Start-ups are set to benefit from the increased internet access and the launch of operator VC funds, which serve to fill the gap that currently exists. A number of spaces have been hotting up across the year, and are likely to see further developments in the coming months.

Video on demand (VoD) is one of those markets, with mobile online video streaming app Aflix launching in 30 African countries, joining the likes of iROKOtv, Wabona and Buni.tv. The sector has seen significant growth, with Sandvine further predicting VoD growth in Africa will be faster than any other region. Bigger companies are seeing the opportunity too, with MultiChoice, Telkom, Times Media Group and MTN launching services.

The same process is occurring in the digital music space, also a high growth sector according to the Digital Music Report 2014 from the International Federation of Phonographic Industries (IFPI). Global firm Deezer has arrived in Africa through a partnership with Millicom, joining local companies such as Spinlet, iROKING and Mdundo.

E-commerce is also booming. This year saw sizeable funding rounds for Jumia, Takealot and uAfrica while uptake is on the increase. Challenges remain however, with local e-commerce firms struggling to scale and facing issues with consumer trust. Lack of profitability caused Naspers to close a number of e-commerce sites earlier this year, while Kalahari.com and Takealot.com agreed to a merger.

Expanding the scope of mobile money

Mobile money is huge in Africa, where less than 30% of the population are formally banked according to the World Bank. 2014 has seen an effort to make mobile money more efficient, and also allow Africans to use it in more ways.

Inter-operability has been a major focus, with Tanzania taking the lead through a partnership between mobile money service providers Airtel and Tigo for a cross-network transfer service.

Neither mobile money, nor e-commerce, nor VoD, nor digital music, are so developed that we should not expect more developments and rollouts next year. Sectors will continue to grow, operators will continue to adapt their business models, and the push for more internet access across Africa will increase in scope.

However, two major questions arise as to next year, one of crucial importance and one of mere interest.

The continent’s migration from analogue signal distribution to digital has been farcical thus far, with only Rwanda, Tanzania and Mauritius making the switch. Kenya’s migration is a mess after a Supreme Court ruling, while all is at sea in South Africa as well. The deadline is June next year, and failure to migrate would put much of the continent in danger of losing access to broadcasts. Much work is still to be done.

The other question is whether Bitcoin could find a natural home in Africa. The cryptocurrency has been controversial globally, but has arrived in Africa through Bitcoin exchange BitX, which has also released a mobile app. Ghanian company Beam is another using Bitcoin in Africa, while Bitcoin ATMs are arriving. Given Africa’s history of adopting alternative payment methods, could the concept really take off on the continent?