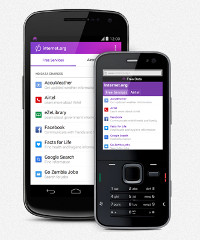 Last month I wrote in this column that African connectivity, especially in rural areas, was high on the agenda, with Uganda benefiting from increased connectivity through new launches.

But it is international tech giants and their efforts at connecting the continent that have made most of the headlines over the last year, and that continued recently with the launch of Google’s Project Loon in South Africa.

Google began piloting Project Loon in New Zealand in 2013. The project, which aims to provide underserved areas with high-speed wireless internet connectivity, involves balloons drifting 18 kilometres above the earth, submitting signals to specialised internet aerials. Each balloon can remain in the air for around 100 days at a time.

The World Bank estimates a 10% increase in broadband connectivity can result in a 1.38% increase in GDP, while the Technology & Social Change Group at the University of Washington’s Information School, has said community access to ICT is vital if people are to be connected to information and skills.

With this in mind, a variety of international and local initiatives are underway to bring down the high cost of internet access in African countries.

The Alliance for Affordable Internet (A4AI), which has been working with the Nigerian, Ghanaian and Mozambican governments, is aimed at promoting more open, competitive and innovative broadband markets at a cheaper price for consumers. The Facebook-led Internet.org is another international effort at boosting connectivity, and recently launched an app in Zambia that gives users free access to services such as Facebook, Google and Wikipedia.

Notably, there has also been a solution developed in Kenya, with the BRCK providing a modem-cum-router aimed at solving last-mile connectivity issues in areas with power shortages.

Africa’s controversial and slow process of migrating from analogue signal distribution to digital continued in typical style, with an announcement on the date of migration in Kenya delayed yet again. The global deadline for the migration is June next year, but only Mauritius and Tanzania have completed the process, with the rest of the continent lagging behind and missing repeated self-set deadlines amongst lack of public awareness, spiralling costs and legal battles.

A failure to migrate would put large portions of the continent in danger of having no broadcasts at all due to equipment failure and the difficulty of repair and replacement, while the growth of mobile broadband would also be severely limited without the high demand spectrum that will become available from going digital.

Whether Kenya will meet the deadline remains unclear, with no date yet set after the Supreme Court set aside a ruling by the Appeal Court for 90 days, ordering the Communication Authority of Kenya (CAK) to reopen licensing of signal distribution.

The court wants the regulator and media houses to agree on a new timeline for digital migration, which was initially set for last December before Standard Group, Nation Media Group and Royal Media Services disputed the award of digital signal distribution licences to StarTimes and the Kenya Broadcasting Corporation (KBC) and succeeded in having the migration postponed.

Aflix said its aim is to revolutionise VoD with a large library of Hollywood content at affordable prices, compared to other competitors who are providing African content. The VoD sector is becoming increasingly crowded, especially with no anticipation of a launch by global leader Netflix in Africa any time soon.

The reasons for the rush are evident, with several pieces of research showing significant growth in the VoD sector. Balancing Act says sub-Saharan African video uploads have grown 40% year-on-year, while broadband network solutions provider Sandvine anticipates VoD growth in Africa will be faster than any other region.