Speaking at the Ernst & Young Strategic Growth Forum in Cape Town last week, managers from both DHL and Engen identified Africa’s weak transport infrastructure as a major challenge of operating on the continent. Both, however, said that managing this and the continent’s other difficulties are not impossible. 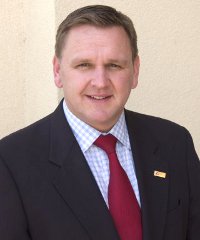 DHL has been in Africa for 34 years, with operations in 51 countries. Brewer said that although the African business is not recording the high growth and returns experienced in Asia, it is seeing consistent and solid growth.

Brewer said despite the fact that Africa’s poor transport infrastructure drives up costs, it is not an “impediment” to doing business. He explained that he worked in Asia for eight years, and that until recently infrastructure in the region was not much better than in Africa. “Five [to] ten years ago China was an absolute basket case in terms of operating logistically…” He added that the situation in India is also demanding.

“I get asked this a lot, ‘Does infrastructure create a problem for logistics or growth in Africa? It definitely doesn’t help, but it is not the singularly biggest issue that we have.”

Using Sudan as an example, Brewer also highlighted how political tensions between countries can impact on business. “Globally many countries still don’t recognise South Sudan … as a destination to enter your shipments to, so they still send through to Khartoum (the capital of Sudan). And as you know … Sudan doesn’t have very pleasant relationships with South Sudan. So rather than send [the parcels] down to Juba (the capital of South Sudan), they just held them, and refused to give them back.”

Wayne Hartmann, general manager for international business development at Engen Petroleum also underlined Africa’s inadequate infrastructure as a major challenge. “For us in the downstream oil industry, infrastructure is a big thing … Probably once every couple of weeks an oil tanker goes over a pothole and gets rolled over. And that just adds to the cost of the product to the consumer at the end of the day. So the sooner the key transport needs are upgraded, the better for the consumer,” he explained.

Engen is a sub-Saharan Africa based energy company with operations in 20 countries. The firm’s core business includes the refining of crude oil, the marketing of refined petroleum products, and the provision of convenience stores through its extensive retail network.

Hartmann offered the audience four Ps to success in Africa: