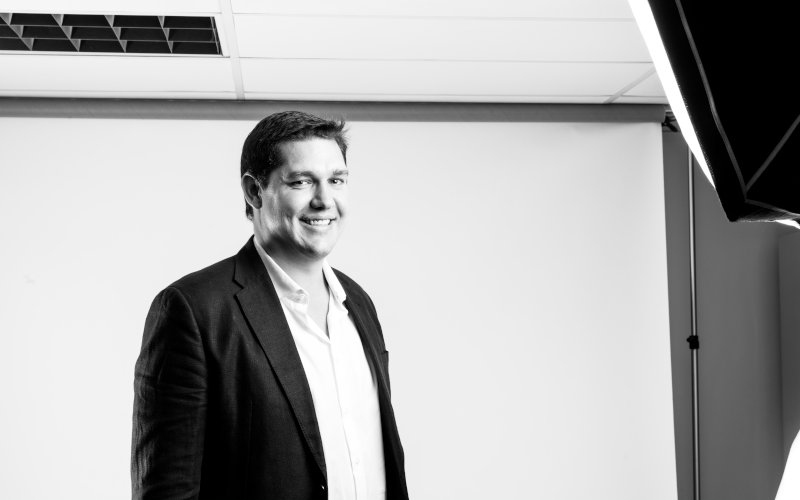 At the age of 33, South African entrepreneur Tom Cowan heads up an engineering, contracting and project development company that employs about 600 people. He started the business just six years ago when he was 27.

EPCM Holdings specialises in the design and construction of pipelines and storage facilities for the oil and gas industry. It has done work throughout Africa, including South Africa, Mozambique, Ghana, South Sudan and Ethiopia, to name a few countries.

Cowan attributes the company’s rapid growth partly to its willingness to work in countries such as South Sudan, which others perceive as too risky. “A lot of clients in these countries are not serviced as well as they should be because they are in places where other people don’t want to work … We will probably make a lot of money in the future from countries where people are reluctant to do business.

“There’s always a factor of risk when you work in Africa, and you have to price in this risk factor,” he says. “There are financial and safety risks in lots of these countries … [but] if you find the correct local partners and you are flexible in the way you execute, you can mitigate these risks.”

Project designs in Africa need to consider local realities, according to Cowan. “You can’t bring in European or American designs; you can’t have Rolls-Royce designs in Africa. You need Land Cruiser designs. There’s no other way to execute.”

One of the company’s successful strategies is to involve itself in potential projects from an early stage. It is even willing to do some of the preliminary engineering design work for free to get a project off the ground. “In many cases, we would do the upfront engineering without getting paid to gauge the viability of the project.” By doing this, EPCM effectively secures the work if the project goes ahead. “It’s then almost an uncontested bid,” Cowan says, adding that few of its international competitors are prepared to work in this way. His team would be “on a plane tomorrow to have the discussions”, even if a project is little more than an idea.

“We’ve spent a lot of time building our network in Africa; registering local businesses and getting onto the right vendors’ lists. We specifically focus on getting invited tenders; we are not particularly keen on open-market tenders. We prefer to have at least met the people we are bidding to,” he notes.

What has also worked in EPCM’s favour is that it is involved in both the design and construction of projects, whereas its competitors typically focus on only one of the two. Several of EPCM’s consulting and design work projects have evolved into brick-and-mortar ventures, which the company was then able to take on. “We’ve completely changed that model in South Africa and in the rest of Africa. We transformed it into a design and construction model and we save the clients a lot of money.”

Ever the entrepreneur, seeking opportunity

Cowan has been an entrepreneur from an early age. “I think I frustrated the hell out of my parents as a child. I was always busy with some sort of scheme, trying to make a buck in some way.”

He started his first proper business in 2005, three months into his first year of studying engineering at the University of Pretoria. “I got frustrated about not having enough money,” Cowan remembers. He and a friend launched a company called @Tom Clothing. The duo bought a T-shirt printing machine and produced clothing for student residences. The venture soon became too big for Cowan’s partner and he subsequently left. However, Cowan continued to grow the company, expanding into various other garments. During his final year of university, he shared a house with friends who were also his sales agents. “We ran quite a nice operation and sold a lot of clothing.”

After completing his studies, Cowan decided to put his degree to use and started as a junior engineer at a consulting firm. He appointed someone to run his clothing business. The pay as a junior engineer was, however, poor compared to what he made from the clothing company. “I remember when I received my first pay cheque. I thought, ‘Seriously, is this what it’s going to be?’”

To boost his income, Cowan began another business in parallel with his day job; this time performing valve and pump inspections on power stations. He put up the money for the company but hired others to handle the day-to-day work. (He eventually sold his stake in the company.) In between his engineering work, Cowan and his wife also opened a contractor’s lodge in the coal-mining town of Secunda, which they still own today.

In 2011, Cowan took a position at global engineering company Worley in Pretoria. Here he worked under Bev Dickerson, who would eventually become his co-founder at EPCM, and together they grew Worley’s oil and gas pipeline business in Africa. However, Worley introduced some organisational changes and it became too corporate for Cowan. “I decided there was no way I could stay in that space and convinced my boss we had to break away and start our own business. Which we did. Worley didn’t like that at all,” he says.

‘You create what you want to create’

“We were two guys and a table and had to find work,” Cowan remembers the early days of EPCM. As they didn’t want to poach Worley’s clients – based largely in South Africa – they targeted West Africa. One of EPCM’s first projects was the refurbishment of an out-of-service oil pipeline in Ghana.

From the outset, they intended to build a large company as opposed to a boutique consultancy. “You create what you want to create,” he explains. “I always had the view I didn’t want to be a specialist subcontractor or a one-man show; I want a business that stands on its own. From day one, I said we had to work directly for the oil majors and the end-users.”

His advice for aspiring entrepreneurs is to go ahead and just do it. “You won’t know everything when you start. You don’t even know 10%; and if you try and figure it all out before you start, you will never start. If you look at the general population: perhaps 1% of people have the courage to do something on their own and the other 99% caution you why you shouldn’t do it … Understand clearly what you want to do and get on with it.”

It hasn’t always been smooth sailing for EPCM. During the early years, cash flow constraints were often a big challenge as clients took their time to pay while EPCM’s expenses racked up. “We’ve had some really tight cash flow situations. It is never fun to have to let one or two people go but we had to go through some of that.”

Cowan expects the natural gas industry to continue to be a meaningful stream of future business for EPCM. Throughout Africa, he sees growing momentum towards natural gas: a much cleaner and cheaper energy source than the other hydrocarbons traditionally used for power generation and fuel. Thanks to technological improvements, it has also become easier to move gas around.

He says several existing power stations are being converted to run on natural gas. Likewise, companies and governments are adapting vehicles such as trucks, buses and taxis to be fueled by gas. Many African countries have their own natural gas deposits which means they don’t have to rely on imports for their energy needs.

Cowan says his greatest weakness as an entrepreneur is the fact that he still enjoys designing pipelines. In response to the Covid-19 crisis, he recently also worked on the design of a low-cost ventilator the company plans to sell throughout Africa. “I love to get my hands dirty and get involved in the projects and the designs, where I probably should focus just on managing the business side of things.”