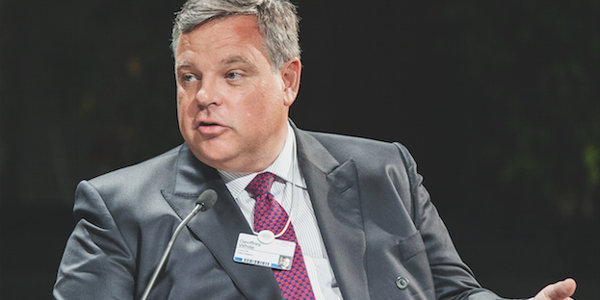 The sharp decline in the oil price has left crude-dependent countries reeling. In Africa, many oil and gas companies have slashed capital expenditure and put projects on hold.

But according to Geoffrey White, CEO for Africa at global logistics services provider Agility, all is not lost as there are still opportunities for companies that provide services to the continent’s oil and gas industry.

Globally, Agility has provided logistics support to mega oil and gas projects in places such as Australia, Doha and Papua New Guinea. In Africa it is currently involved with projects in Angola and Nigeria.

Several countries in the continent have recently discovered oil and gas, and are still in the early stages of development. White singles out the case of Mozambique, where significant natural gas discoveries has been made. According to US exploration and production company Anadarko, Mozambique could become the world’s third-largest exporter of natural gas.

“[Countries] like Mozambique need someone to invest in infrastructure and the capability to build oil and gas compliant logistics to enable and support the development of what is potentially 10 liquefied natural gas (LNG) plants in the north of the country,” says White.

The Agility Africa boss notes there are similar opportunities in Tanzania, Kenya, Uganda, Côte d’Ivoire, Ghana, Mauritania and Senegal. In each of these countries there are insufficient human resources, infrastructure and logistics capacity – essentials for exploiting natural resources.

White says the gaps in project logistics in the oil and gas industry are severe, and often deliveries need to be made to “a barren field with no connectivity and no roads”.

“So there is a requirement for governments and [local] companies to partner with and work with international companies that do have the knowledge and expertise as to how you develop those projects and build the logistics platform to deliver all the components for these major projects.”

Although the oil and gas industry is currently not a big part of Agility’s business in the continent, White sees strong opportunities over the long run.

“I think the real opportunity is the new growth stories across the continent, where Africa is going to become a major energy exporter over time. The oil and gas story around Africa has really strong growth potential over the next ten years.”

Agility has opened offices in Mozambique and Ghana, specifically to take advantage of opportunities in the hydrocarbons sector.

In Mozambique, it has done a review of the country’s infrastructure and logistics capabilities needed to support the industry.

“We have [made some] agreements with various government agencies to bring solutions when the project starts moving forward.”

He says Agility will be making similar moves in Tanzania and Côte d’Ivoire.

“[This] is a sector that we think is very undeserved currently and in conjunction with governments and local partners, there is a big opportunity to build the infrastructure and capabilities to deliver all the project logistics that are required for the industry as it grows.”