While there are risks associated with doing business in Africa, the CEO of Tongaat Hulett, Peter Staude, believes that these can be overcome with careful planning and an understanding of the market. 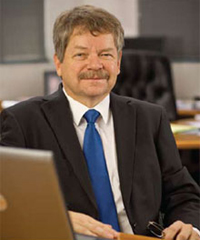 Peter Staude is the CEO of Tongaat Hulett

“Many people in Africa confuse risk with poor execution. So [companies] try to do something and they copy what they did somewhere else in the world, and they haven’t tuned into what are the local dynamics needed to be successful and how to do it well. So they make some basic mistakes and say it’s a risky place.”

Tongaat Hulett is an agriculture and agri-processing company with a specific focus on sugar cane and maize. The company has been successful in the Southern Africa region with a presence in South Africa, Namibia, Botswana, Swaziland, Zimbabwe and Mozambique.

While industries like ICT and financial services are rapidly growing in Africa, the continent still has to import a large portion of its food products, even though it has 60% of the world’s uncultivated arable land. “Look, I think the pace of agriculture will be slower, but the potential is even bigger than some of the other industries,” explained Staude, during a recent KPMG panel discussion.

Last year Tongaat Hulett was ranked as one of Africa’s top 20 agribusinesses, in 4th place, according to turnover. Staude said that one of the greatest lessons the company has learnt from operating in Africa, is to work with all stakeholders, especially local communities. “We learnt over a long period of time that when you operate in different countries, you need to tune into the community issues – for example when you operate in the rural areas. You can’t treat a community the way you would treat another corporate. In a corporate you go to the board or the CEO. It’s a very different interface when dealing with communities,” illustrated Staude. “When you interact with communities you have to interact with the government because they’re partners there… If you can’t get the community on your side, you battle. Work with all your stakeholders.”

Staude said that while the potential in the rest of sub-Saharan Africa is of interest to Tongaat Hulett, there is still an “enormous opportunity” in the Southern African Development Community (SADC) region. “You know we sit as a company with 2.5 million tons of sugar capacity. We are only producing 1.3 million tons… That extra million tons capacity that we aren’t using is more than a US$1 billion, by the way.”

He noted that Tongaat Hulett is, however, considering expansion into other African countries. “While we are running in SADC, we are cautiously exploring a lot more of the other African countries. We know for example Nigeria is a place where people are still importing starch and glucose [although] it is a great maize growing area and it’s got great conditions for growing cane. All those possibilities are there, but we know there are a few steps to do to eventually execute it well.”

Staude referred to the company’s expansion strategy as being a marathon, giving their presence in Mozambique as an example. “We went into Mozambique during the 90s after the two wars had taken place and at a critical stage for Mozambique, and we started to run the marathon in Mozambique. Last year we increased sugar production by 42% in Mozambique. So that’s our style. We see ourselves as winners of marathons in a continent full of possibilities and opportunities.”