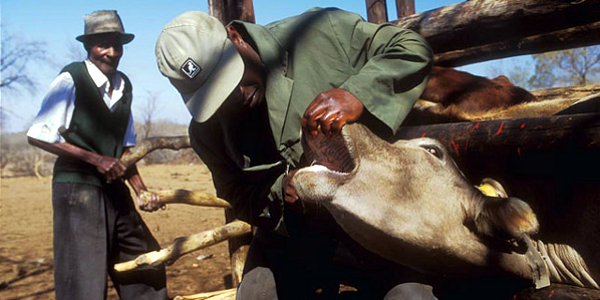 It looks like Zimbabwe will soon introduce a new bill that allows banks to accept cattle and goats as security for loans. The Movable Property Security Interests Bill, currently making its way through senate, will enable lenders to recognise movable property (such as vehicles, machinery, household goods and livestock) as collateral. It is strongly supported by the country’s minister of finance, Patrick Chinamasa. Interestingly, Kenya has recently passed similar legislation.

The aim of the bill is to improve access to finance for small businesses in the largely informal economy – in particular, farmers. In 2001, President Robert Mugabe introduced land reforms which saw thousands of white farmers evicted from their land, and the farms passed on to black families. The new occupants were allowed to live on and cultivate these farms, but were not given title deeds. While the government decided in 2006 to offer 99-year land leases to some farmers, Reuters reported that fewer than 200 had been issued as of last year, and banks have refused to recognise these as collateral. This meant that farmers had no security to access the loans needed to develop and grow their farms.

The new bill is meant to address this problem, but many are concerned it might do more harm than good to Zimbabwe’s fragile economy. For example Zimbabwean economist, Dr Gift Mugano, is concerned that banks might charge higher interest rates for loans secured by movable collateral as they are seen as more risky (cars can easily be stolen and diseases can wipe out livestock). This could increase the chances of default in an economy struggling with a foreign currency crunch and collapsed manufacturing sector.

“Zimbabwe has a high-level of non-performing loans which is threatening the viability of the banking sector,” Mugano told How we made it in Africa.

“The nature of our economy is very, very turbulent. [The bill] might work in South Africa, with a stable economy – and small businesses could borrow money using a cow as collateral for example… But in Zimbabwe, there is a higher rate of failure for small businesses… It then becomes a real challenge for both sides: the bank and the borrower.

“So I don’t think this law will eradicate the challenges of access to finance for a small business.”

He believes a better solution would be to issue title deeds to farmers (which can be used as less-risky collateral) and to introduce policies that encourage business investment. This in turn will help spur economic growth and formalise the economy.

“If you look at the informal sector in Zimbabwe, it is mostly [a result] of people who are unemployed. If you create a conducive environment for business to take place, investors to come to Zimbabwe, and for existing Zimbabwean businesses to survive, you will not have to find ways to support people who are in business by accident.”