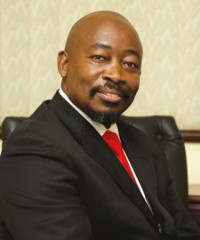 Speaking to How we made it in Africa in Nairobi, Kenya, Tendai Madziwanyika, CEO of Rainbow Tourism Group, said Zimbabwe has the potential to give investors high returns.

“Zimbabwe is the place to be today. I can tell you that if people don’t come to Zimbabwe now, they are going to miss the boat because that is the next frontier. There are going to be ridiculous returns [in Zimbabwe].”

Madziwanyika noted that after a decade of difficulties, things are falling into place in favour of Zimbabwe. He argued that the country is a viable investment opportunity due to political stability, its human capital, sound infrastructure and a robust telecommunications network.

“We have the highest literacy rate in the world at about 93%. So we have got people who are capable. We have got colleges that are churning out graduates like no man’s business. Infrastructure; we have got a great road network connecting all the major parts of the country,” said Madziwanyika. “We now have stability politically because now there is a conclusive leadership.”

“In Zimbabwe, we have been rated as the richest country in the world per capita in terms of natural resources. As soon as those resources are exploited, it will be the engine for igniting everything else.”

Zimbabwe is said to have significantly large gas resources. It has the second largest platinum reserves in the world after South Africa, and large quantities of coal, gold and diamond deposits.

“So far, we have only exploited bout 20% of the non-gold deposits in Zimbabwe. So you can see mineral wealth is going to spur [development] as well as agriculture [and] manufacturing. I think in five years time we are going to be one of the most vibrant economies in the world.”

Madziwanyika said the Zimbabwe Stock Exchange-listed Rainbow Tourism Group currently averages occupancy rates of 52% which he described as “very good looking at where we are coming from”. The group runs eight hotels in Zimbabwe, Zambia and Mozambique.

Zimbabwe, he said, is receiving a mix of international and regional visitors travelling for business.

Tourism, he added, is also flourishing in the country.

The hotel group has managed to reduce its energy, internet, water and other infrastructural costs thereby increasing its profits.

“Energy wise, we reduced our bill by about 40% [by] just moving from electricity to gas. It’s 40% cheaper. All our kitchens are now gas. I think there is a lot of opportunity to actually reduce hardcore costs across Africa.”

Madziwanyika advised potential investors to identify the right local partners who can help them understand Zimbabwe’s tax laws, regulations and policies. He said the Zimbabwe Investment Authority has promised to give investors all the information they need within 48 hours of request.

“You need to get the right person or the right mentor within the economy because you will have sharks out there who are saying: ‘We know this person, we will introduce you to this person.’”