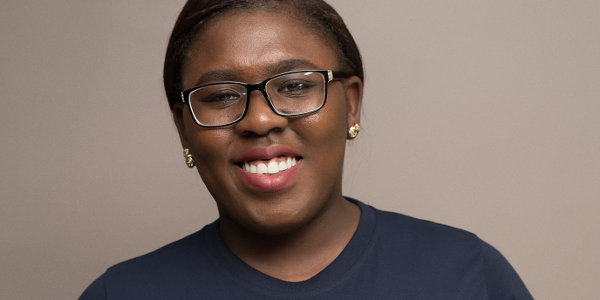 But dig a little deeper and you’ll find that in many countries in Africa, most female-led enterprises are small businesses with little opportunity for growth. Also, female entrepreneurs are not evenly spread across the continent. Botswana, Ghana, Nigeria, Kenya, Uganda and Zambia have disproportionately high numbers.

“Most of these businesses tend to have no employees and have low growth expectations: they are, for the most part, one-woman enterprises oriented to consumers,” CNN reported in 2015. In the technology industry particularly, few women attempt start-ups. But with the right incentives, African women can unleash their potential in the continent’s burgeoning tech sector, according to Eunice Baguma Ball, founder of the London-based Africa Technology Business Network (ATBN), which promotes access to resources that can create a gender-inclusive “innovation ecosystem” in Africa.

“African women entrepreneurs who face financing challenges when setting up their businesses need support,” says Ball whose organisation supports African innovators through access to its global network of investors and tech leaders. Globally, men account for 92% of partners in the top 100 venture capital firms, and female-founded start-ups receive only 2% of total investments by venture capitalists. These disparities underscore the need for more women at all levels of start-ups.

And in Africa, only 9% of start-ups have women leaders, according to a 2016 study by Venture Capital for Africa, a Netherlands-based organisation that connects start-ups to opportunities.

There is no single explanation for the limited number of women in tech start-ups, says Odunayo Eweniyi, cofounder and chief operating officer of Piggybank.ng, a Lagos-based online savings platform. One major factor, she says, is cultural.

“The premise of a start-up is to venture into something that is unsafe, risky and more difficult than usual. From a young age, culturally, women are groomed to believe that the kind of behaviour, work or endeavours that fit these descriptions are bad for them. Many times, women are not allowed to aspire ‘too high.’ As a result, they tend to participate in the least risky ventures.”

Writing for business.com, a digital media company, Rosemary Egbo, a writer and an entrepreneur, said that financial institutions “weren’t as quick to grant loans to female entrepreneurs as they were to male entrepreneurs, since men were seen as better risk takers and more likely to succeed.”

But Egypt’s Minister of Investment and International Cooperation Sahar Nasr describes as “misguided a perception that women are high-risk customers to lend.” She recommends “affirmative action in the area of legal and regulatory framework because African tradition stands in the way of most women to own property, which limits their access to finance efforts as they don’t have collateral.”

Where women are seen as child bearers and home managers, business tips do not address these unique cultural situations  and are unlikely to resonate with women on the continent.

Another key factor is that the tech industry in Africa does not provide many female role models. Role models can inspire the next generation of women leaders, according to Eweniyi. Nevertheless, Forbes includes several women in its 30 Most Promising Young Entrepreneurs in Africa list for 2018, including Nthabiseng Mosia of South Africa, Rahma Bajun of Tanzania and Ronke Bamisedun of Nigeria.

She further maintains that old boys’ networks still hold a great deal of power in Africa, and recommends the creation of more female business networks in which women can share their expertise and experiences. With many business deals being negotiated informally, in male-oriented settings like bars and social clubs, business networks composed of women may help level the playing field.

There is a financial argument to be made for supporting women in tech start-ups, experts say. First, the spending power of women continues to increase on the continent, putting pressure on tech companies to make efforts to understand women consumers’ needs and expectations. Women leaders are best positioned to introduce products that cater to female consumers’ preferences.

Technology firms led by women experience a 35% higher return on investment than those led by men, according to a paper by the venture capitalist firm Illuminate Ventures. That means investors and other venture capitalists lose out by not providing financial support for women-led businesses.

“Economically empowering women leads to better outcomes for society, as women typically invest 90% of their earnings back into their families and communities, compared to 30 to 40% for men,” says Ball. African women deeply understand Africa’s socioeconomic challenges, she notes.

While many are working to raise awareness of the perspectives and skill sets that women entrepreneurs bring to start-ups, initiatives are being launched to bridge the gender gap.

The #HerFutureAfrica project is a response to widespread criticism that most online business tips for women entrepreneurs focus on Western audiences, disregarding the unique obstacles that African women face in business.

Ball says that support for African women in the tech industry should be tailored “to enable them to navigate some of these unique barriers so that they can successfully compete in what is still a male-dominated business.” She is also donating all proceeds from her book, Founding Women: African Women Who Are Defying the Odds to Build Successful Businesses in Tech, to support young women entrepreneurs in Africa.

Female representation in the African tech start-up ecosystem is very important, she adds. By “start-up ecosystem” she means venture capital firms, funding organisations, mentoring networks and the start-ups themselves.

Some countries in North Africa are already developing such start-up ecosystems that support women, rivalling those in Kenya, Nigeria and South Africa. Morocco is home to dozens of ambitious female-led tech start-ups, including WaystoCap, the Casablanca-based cross-border commerce platform.

The business incubator Womenpreneur Initiative, based in Brussels, identifies female-led enterprises across the Middle East and North Africa and helps them gain the skills to scale up. Business incubators support young businesses with financing and technical services.

In sum, insists Ball, “There is a need to build a pipeline of female talent with the skills and ambition to build successful tech start-ups, and this requires changing the old mind-set that technology or big business is for men.”

This article was originally published in the August – November 2018 edition of Africa Renewal, a magazine produced by the Africa Section of the United Nations Department of Public Information. It has been shortened here for re-publication.