The Anzisha Prize, Africa’s premier award for young entrepreneurs, closed entries last month and has received 339 applications from entrepreneurs between the ages of 15 and 22 from across the continent. Of all the applications, over two-thirds where by men. 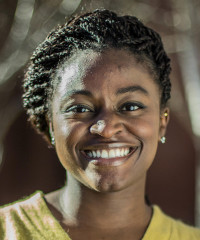 According to Chi Achebe, programme manager for the Anzisha Prize, this mirrors the lack of support and opportunities that exist in Africa for young women in entrepreneurship.

“In a lot of the countries women are persuaded from pursuing entrepreneurship,” Achebe told How we made it in Africa. “There really aren’t that many opportunities and avenues for young girls to really start their own business and a lot of the entrepreneurs who apply for the Anzisha Prize, usually they are entrepreneurs out of necessity and they typically end up being male because even in families where there are both men and women… the responsibility to look after the family falls on the man’s shoulders.”

Achebe added that even young entrepreneurs who have started businesses due to their education, training or achievements in school projects are typically men. “It is often not considered decent for a young woman to be engaging in entrepreneurship. It is not something that is encouraged,” she noted.

In countries such as Ethiopia for example, women are typically less likely to be encouraged to be an entrepreneur than in Nigeria, Achebe said. “In Nigeria there is not a huge gender divide. It depends on the cultural context.”

This year, the Anzisha Prize received applications from 32 countries across Africa with the highest number from Nigeria, followed by Kenya, Uganda, South Africa and Cameroon.

Egypt, which had been in the top five countries last year in terms of the number of entries received, got fewer applications this year.

However, the Anzisha team saw a notable increase in the number of applications from the Democratic Republic of the Congo (DRC) which Achebe owes to an effective partner organisation in the country, the Congo Leadership Initiative, and the acceptance of entries in French. This year, the Anzisha Prize accepted applications in French and Arabic, in addition to English, to better cater to the languages spoken in francophone and North Africa.

Entrants from Togo, Burundi, Namibia and Eritrea applied for the Anzisha Prize for the first time this year.

“Something that is interesting to note – and this happened last year but I think more so this year – is how many applicants apply in one country but are originally from another,” Achebe said.

Achebe said this highlights the movement of Africans around the continent. “A lot of it comes from applicants attending school in another country, and then in some cases it is families migrating to other countries because of instability in their home countries.”

Currently the Anzisha Prize committee is sorting through applications, and by mid-May will have selected semi-finalists for the first round of telephonic interviews. In June the team will begin on-site interviews in the countries in which the finalists operate.