The Nigerian presidential race is effectively done and dusted — even though the poll is scheduled for April. Since the return of democratic rule in 1999, the winner of the presidential nomination of the ruling People’s Democratic Party (PDP) has become president by virtue of the party’s political dominance in the country. 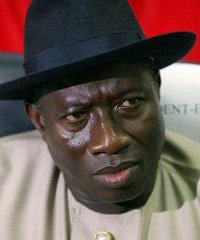 By that estimation, the new president will be the incumbent, Goodluck Jonathan, the southerner from the Niger Delta, who created a conundrum in Nigerian politics by being thrust into the role of president last year during a northerner’s term — and a first term at that — after the death of his boss, Umaru Yar’Adua.

The expectation was that Jonathan, understanding an informal agreement within the PDP to rotate the presidency between north and south, would step aside and allow a northerner to run for president this year. Jonathan understood, but did not accept, the plan.

He rightly argued it was not constitutional. Several prominent northerners stepped forward and a battle for power ensued. Jonathan held his nerve in the face of more seasoned politicians and won.

A victory for an incumbent is nothing new in Africa. But what is important is that his candidacy was supported by several key northern states, showing a break from the past north-south divide. Another shift that many expect to see in the April poll is the rise of opposition parties within the states, which have considerable power in Nigeria’s federal arrangement. At present, the PDP governs in 27 of the 36 states.

Jonathan’s performance to date has been patchy. He scored points for prioritising the power sector. For all its noble ambitions, this country of 150 million people runs on less than 4000MW of power, with no capacity to service residential demand, let alone industrial development.

Power reform has been on the table for a decade. Billions of dollars have disappeared in the name of getting the lights back on but progress has remained elusive due to insufficient political will, corruption and the private interests of politicians in the generator business.

On assuming office, Jonathan appointed himself power minister and launched a road map to attract investment to the ailing sector. But there have been negatives. The president has failed to give direction to the important Petroleum Industry Bill, which underpins reforms in the oil sector. The bill, a Yar’Adua project, has stalled in the legislature while Jonathan has been distracted by party politics.

Delays in getting the legislation passed and gripes about its contents from rival interests has created uncertainty, deterred new investment and delayed a potentially lucrative new oil licensing round.

Despite Nigeria’s economic dependence on oil, the sector has been under-performing for years and the country is well behind its own production targets. With new oil finds in Africa and elsewhere, the country risks being left behind. Foreign reserves, built on the back of oil, have dwindled from $43 billion to $32 billion during the current administration’s term because of high consumption spending, much of it on a bloated government.

But, for all the problems, Nigeria is also seeing increased interest in the non-oil sector.

In the past few months alone, Tiger Brands made an acquisition in the food sector and brewer Heineken bought five breweries in the country. Food giants Nestlé and PZ Cussons, brewer Guinness and bottling company Coca- Cola Hellenic have announced plans to significantly increase their Nigerian capacity, while cement multinational Lafarge is eyeing the market.

There have been suggestions that Nigeria might be a more appropriate candidate than South Africa to be the African “representative” of the Bric (Brazil, Russia, India, China) group of emerging markets, given its large population, strong growth rates (expected to be about 7% this year ), rising per capita income and huge oil and gas reserves. But Nigeria is a long way off its potential, not least because of poor political management of its assets.

The choice of Jonathan as the ruling party presidential candidate has broken a political mould forged in the rebirth of democracy a decade ago. But breaking the pattern of poor governance and political expedience will be the real test of his mettle.