Heineken N.V., the world’s third-largest brewer by volume, has increased its Nigerian footprint through the acquisition of two holding companies from the Sona Group. The two acquired businesses have controlling interests in each of the Sona, IBBI, Benue, Life and Champion breweries in Nigeria. 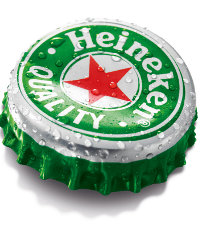 “The acquisition provides Heineken with an additional technical capacity of 3.7 million hectolitres, helping to alleviate the company’s current capacity constraints in the market and improving the geographic location of its breweries,” the company said in a statement.

Heineken expects that the deal will enable it to take advantage of the attractive future growth opportunities that exist in different regions of the country.

According to Bloomberg, Heineken already holds majority stakes in Nigerian Breweries and Consolidated Breweries, and is in talks with the companies to “explore the possibility of consolidating the newly acquired breweries into its existing business structure in Nigeria during 2011.”

The company said the acquired breweries will continue to provide and expand contract brewing services to Nigerian Breweries and Consolidated Breweries for the meantime, while continuing to own, brew and support the Goldberg, Williams Dark Ale and Malta Gold brands as well as various smaller regional brands.

“This important move reflects Heineken’s strategy of increasing our exposure to and growth from developing markets. Nigeria is one of the world’s most exciting beer markets and one of the most important countries for Heineken. This acquisition underlines our ongoing commitment to the country and will significantly strengthen our platform for future growth,” said Tom de Man, Heineken’s president for Africa and the Middle East.

The Nigerian beer market is the second largest in Africa and has grown at a compound annual growth rate of 9% over the past 10 years ending 2009. Beer and non-alcoholic malt consumption was approximately 11 litres per annum in 2009, well below the global average of 27 litres.

Heineken first started to export beer into West Africa in 1900 and opened its first African brewery in the Democratic Republic of Congo in 1923. Heineken’s geographic footprint now stretches across 15 countries on the continent with 37 breweries.