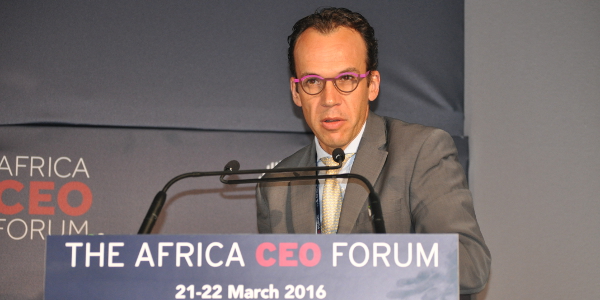 Is Africa’s development inevitable? The conventional assumption is that all countries and regions will develop – albeit at different speeds – and will eventually graduate from their emerging economy status into the ranks of the First World that has been led by the West.

The rapid ascent of Asian economies in the past three decades and the creation of wealth in their societies reinforces the belief that “developing” is a temporary phenomenon. Whilst capitalism has tended to favour the first-mover countries, the accelerated rise of Asia’s Tiger economies and most recently China and its profound impact on the global economy over the course of the last quarter-century is reshaping our views on how countries and regions can develop.

The 20th century saw Asia recovering an influential position in global affairs. In the 21st century will Africa could do the same.

The Asia region 50 years ago was characterised by post-conflict societies, mass poverty and corrupted by populist ideology – not too unlike many contemporary examples in Africa today. The narrative for Africa has shifted remarkably in the past decade to one that is decidedly positive – “Africa Rising” is what The Economist magazine had labelled it.

The majority of the continent’s economies are growing, strongly propelled over the past decade by high oil and commodity prices, rising consumer spend and the potential for early stage industrialisation. This mimics numerous Asian countries – Malaysia, Thailand and Indonesia come to mind.

Companies have awoken to the Africa opportunity and their expansion strategies in the region and have mostly focused on capturing consumers and consolidating marketplaces. For companies to build embedded businesses in Africa, Africa’s new growth trajectory must be sustainable – Asia-style. This is what many corporates are now facing when entering the African region: seeking to strategically position their businesses in uncertain markets.

Will headline GDP growth translate into qualitative development across the continent? Or put simply, is Africa the next Asia? This can be evaluated through the three lenses of extractives, consumerism and industrialisation. All three will have important implications for aspirant African states and societies.

It is most often the case that a country’s development prospects are inversely proportional to its natural resource endowment. The so-called “resource curse” is widespread across Africa. Economies are dependent, often single resource dependent, on the vagaries of commodity prices determined in the international marketplace. Unable to diversify, their governments are restricted to collecting limited rents from multinational companies. An investment in a resource is largely an exercise of investing in an asset with continuing diminishing rates of return. Without diversification to manufacturing and services, long-term developmental prospects are always bleak. This is a key lesson to be gained from Asia.

Amongst the leading country examples of this is Nigeria where the disconnect between potential, and developmental reality is very stark. Nigeria has never been as dependent on oil as it is today with over 90% of its export earnings coming from this resource. However, let us assume two things are constant, namely – Nigeria’s proven oil reserves and its current rate of production, then the country’s oil will be depleted in approximately four decades. Clearly diversification is imperative to a sustainable future.

Resource-endowed countries in Africa are anything but examples of inclusive growth. Wealth is unable to trickle down into broader society from “narrow” extractive industries, especially in the face of corrupt and bureaucratic governments. The internal security threats that afflict many African countries – Nigeria and surrounding fragile states in the Sahel region in particular – is testament to their inability to bring about inclusive growth for the majority of their citizens. Ultimately governance will determine how resource rents are re-invested into making African economies sustainable with equitable development models.

The most accurate “Africa Rising” story is that of consumer facing-companies expanding their footprints across the continent to serve a previously untapped consumer market. Africa is emerging as the “next India” – a similar population and growth rate – albeit twenty years behind the Indian reform and economic high growth story. This business model is demographics-driven – capturing clusters of consumers and consolidating the business through more efficient supply chain management. This “first-mover” advantage is crucial in such highly fragmented sub-Saharan African markets, and certain corporates are leading this process in key sectors. MTN (mobile telecoms), SABMiller (alcoholic beverages), Shoprite and Massmart (retail), MultiChoice (broadcasting & media), and Ecobank (retail banking) are notable first-movers. Most of these firms are listed on the Johannesburg Stock Exchange, giving credence to the claim of South Africa being the financial “gateway” for the continent – at least through its established and well-regulated equity and capital markets.

As the operations of these firms become more entrenched, they are consolidating supply chains, driving trade across borders and linking consumers to new arising markets. Arguably, private sector enterprises are contributing more to regional integration than governments. The only African region that can claim to be making real progress in forging a single regional market is the East African Community (EAC), a regional market of around 150 million people. The centre of gravity of the sub-Saharan African economy will, over the next decade, consolidate around three centres – Nigeria with its 180 million people, East Africa with 150 million and South Africa and its immediate neighbours numbering 115 million. Perhaps Ethiopia is the wildcard; one of the largest countries in Africa which recently joined the Common Market for Eastern and Southern Africa (COMESA), but has yet to join the EAC. If it is to do so, it would significantly bolster the EAC’s economic credentials.

In today’s age of consumerism, capital is attracted to demographics. This is clearly the case in Africa. The previous colonial “scramble for Africa” was driven by territory and resources. This is now being replaced by a focus on consumers. The continent’s young age profile is attracting investment that services a growing consumer appetite. But if a country’s attractiveness to capital is determined solely by the size of its population (think Nigeria), then what is the future of Africa’s small countries? What are the developmental prospects of Botswana, Burundi, Gabon, Malawi, Namibia and Swaziland amongst so many others?

Small African states have so far been unable to mimic small Asian economies that have not just survived but thrived, despite their lack of resources and apparent non-viable economies. Small and often resource-poor African countries have little choice other than to focus on building their own human capital and attract value-added investment.

There are however two small African countries that are emerging as emulators of the Asian Tigers’ success – Mauritius and Rwanda. Both are incorporating key traits into their economic model – ease of doing business, economic agility, openness to trade, an effective government, and an expanding ability to diversify into value-adding services. These two countries will stand out as models for others to emulate going forward over the next decade.

Climbing from the bottom rung of the industrialisation ladder

No single developmental success story comes to mind in which an economy has developed without first industrialising. Arguably, African governments have not taken advantage of the last decade’s growth spurt to move toward diversification. If Africa is to deliver on the hype of The Economist’s “Africa Rising” narrative, it is imperative that the continent’s economies diversify. This can only be done through sustained and sizeable investment in people – the need to generate, retain and create opportunities for talent in domestic economies. At a policy level, for Africa to mimic Asia’s developmental trajectory, sub-Saharan African states will need to forge pro-active business friendly growth models rather than aid-supported reactive commodity price driven ones that result in nothing more than dependency.

The shifting value chain of production in Asia – most importantly away from China – holds out enormous potential for Africa. The rising cost pressures on China’s light industrial manufacturing sector will lead to manufacturing capacity to relocate to lower-cost foreign economies. Chinese “hollowing out” of low-end manufacturing and offshoring is fast becoming a reality. China’s economic rebalancing could encourage diversification in Africa.

As this shift in production out of China’s south eastern provinces takes place, there is a prospect for forward-looking African countries to emerge as “new Vietnams” – lesser cost destinations for manufacturing investment from China. Ethiopia is emerging as the best candidate to assume this role. The country is now attracting low-end manufacturing from China, including shoe, steel, cement and light vehicle production. Ethiopia’s “authoritarian developmental” model is becoming conducive to attracting Asian investment seeking a stable manufacturing platform in Africa – both for export and to supply Africa’s own growing consumer economy.

Justin Lin, former Chief Economist of the World Bank, calculates that China could lose up to 85 million jobs within the next decade due to rising production costs. If Africa is able to capture just one tenth of these offshored jobs the continent will effectively double its existing manufacturing workforce. If this opportunity is seized by reformist African states, they could well be on the cusp of a 19th century style industrial revolution – generating large amounts of high employment and creating industries in their own economies.

Africa’s notoriously non-inclusive growth model must adapt, and adapt fast, in order for real economic transformation to take place. Countries will need to deepen their economies through diversification and those that are able to achieve this will move towards a more qualitative and ultimately sustainable growth trajectory. This has been the story of Asia over the past three decades. Africa’s tilt toward Asia has been up until now a reflection of the direction of trade and flow of trade between the two regions. There are however, deeper lessons in sustainable growth and developmental that Asia presents to Africa’s frontier economies.

Dr Martyn Davies is managing director for emerging markets and Africa at Frontier Advisory Deloitte. This piece was initially written for the official NEPAD Yearbook, 2016.