On the seventh floor of Diamond Plaza, one of the new commercial buildings in Dar es Salaam, an IT company is setting up new offices. On the ground floor of this eight-storey building, the US restaurant chains Subway and KFC have already set up shop alongside Black Tomato, a home-grown coffee house. 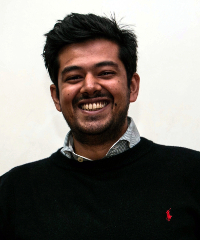 “In Dar es Salaam there is a huge increase in the purchase of apartments,” says Mustafa Suleimanji, managing director for Lamudi in Tanzania, Zimbabwe, Zambia and Mozambique.

This is one of the recently completed commercial projects in Dar es Salaam, where the real estate industry is taking off. At the heart of the city stand other recently constructed buildings, including the 37-storey PSPF Commercial Twin Towers, the 22-storey Viva Towers, and the 25-storey commercial and residential building called Uhuru Heights.

And beyond office buildings, shopping centres too are rising, as well as residential apartments.

This evident boom in the property market is part of the reason why global property portal Lamudi launched in Tanzania 14 months ago. Lamudi is an online real estate marketplace where owners and agents list their property for rent or for sale.

Mustafa Suleimanji, Lamudi’s managing director for Tanzania, Zimbabwe, Zambia and Mozambique, says the increasing appetite for real estate in Tanzania is partly driven by a thriving agricultural industry and recent oil and gas discoveries that have led to an influx of expatriates into the country.

Trade is also a key driver, he says. Traders come from as far as Zambia, Nigeria, Congo and Mozambique to buy goods. Local wholesalers and distributors have made economic gains, especially at the bustling Kariakoo Market – Dar es Salaam’s busiest market – known to sell everything from food, to fashion, to agricultural equipment.

“These [traders] are making a lot of money that they don’t want to put in banks. They are putting it in to real estate,” says Suleimanji.

Increase in the purchase of apartments

The construction of new expansive roads has also heightened interest in real estate. “In Dar es Salaam there is a huge increase in the purchase of apartments. People are buying three-bedroom apartments going for US$250,000 and then renting them out,” says Suleimanji.

“Before you could rent a three-bedroom furnished apartment for $3,000, but now it’s even down to $1,500 because there are a lot of people who have made money in farming, hardware trade and consumer goods who are buying apartments [and then renting it out].”

Outside Dar es Salaam, Lamudi has seen the most demand for its services in the Mwanza, Arusha and Mbeya regions. The lake district of Mwanza, which lies on the southern shore of Lake Victoria, is known for cotton farming, fisheries and smallholder agriculture. The country’s southwest region Mbeya has thriving agriculture, mining, and trade sectors, while Arusha (located in the north-eastern corner of Tanzania) is doing well in coffee farming and tourism.

Apartments sold even before building begins

“There is a developer I met when we first started Lamudi, and back then he only had two buildings. We got him on board and now he has 18. And all his apartments are sold before he breaks ground,” Suleimanji notes.

Although “Tanzania is a slower giant”, Suleimanji says the protectionist economy is opening up and connecting to the global market. Its vast geography covering over 945,000km², fast growing population of 49 million, and a rising middle class, make the country “quite exciting”.

He notes the recent boom in Tanzania’s real estate market is synonymous with the growth story in most African economies. “I think that change is happening across the board from Kampala to Maputo, obviously at different speeds,” he says.

“Mozambique is going through a similar but slower construction boom to the one we see in Tanzania. They have made gas discoveries so a lot of new investments are coming in. Real estate prices are high because demand exceeds supply, but that is slowly maturing in [capital] Maputo,” continued Suleimanji.

“There is a large Portuguese community there supporting the economy. It’s a large country, a growing economy and one with a lot of potential.”

In Zambia, another of the four countries Suleimanji oversees, mineral wealth and tourism are also driving the property boom. “Our business in Zambia is quite healthy, and we see more and more people using Lamudi.”

He notes that shopping malls, residential and commercial properties are coming up in the capital Lusaka, as well as in cities like Ndola and Livingstone.