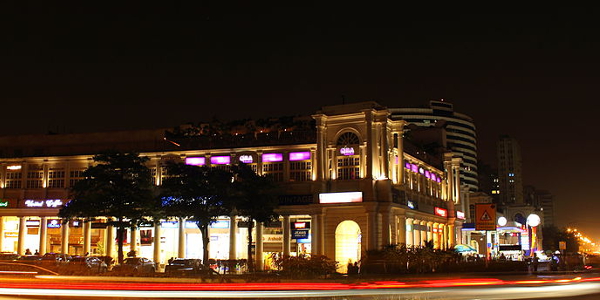 From 26 to 29 October, New Delhi is expected to host over 40 African heads of state at the third India-Africa Forum Summit. Previous engagement was limited to India and a handful of least-developed African countries, but this is the first time that all members of the African Union (AU) are invited to participate.

This is a clear sign that India is stepping up its economic diplomacy with the continent under the new leadership and administration of Prime Minister Modi. The long-awaited meeting provides an opportunity to build on linkages that in some cases span centuries, and which are seeing a recent resurgence following the slowdown in the Chinese economy.

To date, the India-Africa Forum has focused on areas such as trade, investment, food security and good governance. There will be no shortage of issues to be tackled this year, as India is becoming an increasingly important economic partner for most African countries.

This relationship, unlike those with many Western countries, is based on South-South cooperation, people-to-people linkages and common development challenges. India also seeks to establish links based on cooperation for mutual benefit and principles such as state sovereignty, non-interference and equality.

The summit activities will include engagements between Indian and African business people and researchers on the margins of the official discussions. A recent paper published by the Institute for Security Studies (ISS) found that involvement from private stakeholders is critical if India and its African partners are to achieve the full potential of trade and investment linkages.

Indian-organised business structures, such as the Confederation of Indian Industries, are already playing an important role in encouraging business-to-business connections with Africa.

This includes high-level forums, such as the policy advocacy activities of the India-South Africa CEOs Forum, which identify opportunities as well as the barriers to Indo-African trade and investment.

On the African side, most countries have an acknowledged apex business organisation at the national level to engage with the government on trade and investment, but which has limited interactions with partners such as India. Significant resources and capacity constraints hinder the effective operation of these organisations, and the challenges to successful public-private dialogue are magnified at the regional level.

There have been efforts to produce business platforms through African regional economic communities (RECs), such as the East African Business Council and the Economic Community Of West African States (ECOWAS) Business Council, but these remain in their infancy. The AU is establishing a business council that will interact on continental matters, in addition to a number of existing and new pan-African business initiatives. However, the increasing number of relatively weak organisations presents a challenge for effective engagement with partners such as India, as they suffer from legitimacy in terms of representation and mandate, as well as a lack of policy advocacy capacity and resources.

Even South Africa, one of the most developed countries on the continent, suffers from challenges in encouraging greater cooperation between the public and private sector. This includes the promotion of trade and investment links. A separate paper by the ISS examines ways to enhance these private sector interactions.

It finds that initiatives such as the India-South Africa CEOs Forum mentioned above can potentially identify and assist in removing bottlenecks to trade and investment between the two countries. They can also provide a useful model for interactions at the continental level and could feed into the India-Africa Business Council, which will meet on the margins of the India Africa Forum Summit in New Delhi.

While it is always difficult to generalise continental activities that largely take place at a bilateral level, there are some common objectives in India’s approach to Africa. The three notable areas discussed in the recent ISS paper are India’s search for new markets, for resource security, and for allies in multilateral negotiations – including at the International Monetary Fund (IMF), World Bank, World Trade Organisation and United Nations.

These are being pursued via trade and investment activities as well as the provision of grants, technical assistance and lines of credit. The roles of people-to-people linkages and civil society have been acknowledged as crucial for a successful partnership.

It can be expected that India will announce some new initiatives in pursuit of these objectives at the upcoming summit. These will largely be state-to-state outcomes, but some space is also opening up for broader participation. Given the high profile of the summit, it could provide a useful focus for both Indian and African stakeholders with an interest in pursuing a people-centred perspective on issues of global governance.

Civil society should also be included to represent its interests and ensure issues of sustainable development, transparency and good governance are taken up by Indian and African policymakers.

The ISS research papers on India-Africa and India-South Africa relations provide recommendations for enhancing the interactions between these partners. The increasingly important role of India as a development partner to Africa is being recognised, but thus far activities to strengthen trade and investment linkages have largely been undertaken by the private sector.

Much like regional integration within the African context, links between India and African economies continue to deepen at a functional level driven by traders and investors, without much regard to political initiatives and despite the lack of a strong apex private sector body in Africa. If the potential benefits are to be fully realised, this important relationship should be reflected more explicitly in the economic and foreign policies of African states at a domestic, regional and continental level.

Catherine Grant Makokera works as a consultant in the Conflict Management and Peacebuilding Division, for ISS Pretoria. This article was orignally published on ISS Africa.