The World Economic Forum (WEF) on Africa, currently underway in Nigeria’s capital Abuja, is being attended by some of the continent’s top business leaders and policy makers to discuss this year’s theme, Forging Inclusive Growth, Creating Jobs. 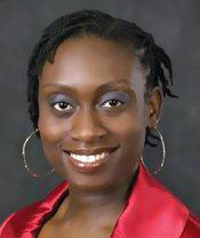 No less than 13 heads of state and more than 1,000 delegates (the majority of whom are from African countries) will be attending the event, said the WEF’s director and head of Africa, Elsie Kanza, during her pre-event speech on Monday.

Holding such an event does not come cheap, and with security threats of kidnapping and terrorism, measures have been employed to ensure the safety of all attendees. During the course of the forum, public offices and schools have also been mandated to shut down in an effort to reduce traffic congestion.

The global WEF, held annually in Davos in Switzerland, has come under criticism in recent years by spectators who argue that it has become more of a red carpet affair and talk shop rather than actually having any real impact.

Despite this criticism, How we made it in Africa spoke to a handful of attendees at the WEF on Africa who all see a considerable benefit in being part of it. For example, chief operating officer for KPMG’s Global Africa Practice Anthony Thunstrom said his firm has placed a high value on sending a team to the event.

“KPMG is going to be sending seven of our most senior partners to this event… just the cost from our own side in terms of getting people there (the time, opportunity and cost), we don’t send seven people to pretty much any other event I can think of,” he told How we made it in Africa.

“The reason we see benefit in it… is in a short period of time you have access to pretty much all the decision makers that really matter. They are all in one place, they are typically not distracted… they are there almost as a captive audience for a short period of time and they pretty much all have the same mindset when they get there… Certainly from a corporate perspective there is every single reason why it should be worth it.”

He added that even though most of the discussions at the forum are typically philosophical kinds of debates (such as inclusive growth), multinational corporations such as KPMG usually commit valuable resources, time and effort into contributing to those areas under discussion.

“I don’t believe it is all talk. I do think you sometimes see some real [results] coming out of it.”

Ashish Thakkar, founder of the Mara Group, agrees. “I think that the WEF on Africa is absolutely worth the time and energy. Any opportunity for industry leaders to gather with other public and civil society stakeholders to share ideas and influence each other is worthwhile. Especially in Africa, and especially now,” he emphasised.

“In the past, Africa’s development agenda was always [been] dictated from outside, where different interests pulled us in many different directions. Now we are regaining the initiative and the focus is on us, and to fully take advantage of the opportunity before us, we need to be on the same page as much as possible.

“Ultimately though, we will not be judged by all the talking that we will do, but by whether we can turn this dialogue into meaningful action.”

For Jacqueline Musiitwa, founder and managing partner of the Hoja Law Group, this is what the WEF on Africa brings to the table.

“Is going to the WEF going to solve all of Africa’s problems? No, but I think what it does is that it provides everyone with the platform to discuss the issues, and to discuss them with high enough level business leaders, government leaders, civil society leaders not only from Africa but globally. And I think what we don’t have enough of in Africa is thought leadership and the luxury to discuss. I often have the best conversations about Africa when I am in London and New York and everywhere else, but not here,” Musiitwa told How we made it in Africa.

“I think we need to develop this culture of talking. I think nation building and economic development starts with us coming up with our own ideas and deciding how we are going to execute them.”

She acknowledged that while the WEF is not actually responsible for enforcing results, and the event can be “glitz and glam”, the fact that policy makers and leaders listen to others discuss the needs of the continent is very beneficial.

“What the [WEF on] Africa conference has to offer is some of Africa’s best minds… to share what they have been through and allow others to learn from that and use those experiences,” she concluded.