In its recent ‘World Economic Outlook’ report, the International Monetary Fund says Chad will be Africa’s fastest growing economy in 2014. GDP is expected to expand by 9.6%. 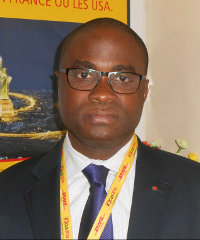 Chad is heavily reliant on oil production, and much of the current economic growth is due to new oil projects coming on stream. Major international oil companies operating in Chad include ExxonMobil and the China National Petroleum Corporation. An oil refinery also opened in June 2011.

Due to the nature of its business, DHL Express has a front row seat to Chad’s economic development. Clarence Atayi, country manager for DHL, notes while the oil industry accounts for a significant portion of the logistics company’s business, there is more to the economy than crude. He highlights mining as an up-and-coming industry also responsible for a large part of DHL’s shipment volumes. Chad has rich unexploited deposits of iron ore, gold and uranium.

There have also been improvements in agriculture. While many think of Chad as a desert country, it does in fact have large areas of fertile land. Cotton, gum arabic (a natural gum used as a food stabiliser) and livestock are major exports. Farmers are increasingly adopting modern agricultural methods, a clear opportunity for farming input and machinery companies.

DHL is currently working with food and agriculture-related SMEs in Chad to connect them with international clients and partners.

But the agricultural sector is sensitive to weather shocks. A drought in 2011 caused a 50% drop in cereal production, while floods a year later destroyed thousands of hectares of crops.

There is also visible progress in the development of infrastructure — notably schools, hospitals, and roads. Atayi says that across the capital N’Djamena, numerous construction projects are in progress.

Chad is ranked fifth from the bottom (185 out of 189 economies) in the World Bank’s ease of doing business rankings. Infrastructure – including power, telecommunications and transport – as well as administrative bottlenecks, remain major challenges.

Atayi says years of civil conflict has taken its toll on Chad’s infrastructure, but the government is actively working on improving the situation, especially power and road infrastructure. Since it is landlocked and dependent on imports, a good transport network is essential for future prosperity.

Atayi has been in charge of DHL’s operations in Chad since August, having previously worked for the company in Benin and Togo. One major lesson he learnt about doing successful business in Chad, is that patience and understanding the local culture is crucial. Business people should also note that Arabic and French are the major languages, and few speak English.

Chad’s rapid economic growth is off a low base. With a GDP of around $13bn, the economy is three times smaller than that of Ghana. The country will need to diversify its economy as oil GDP is expected to peak in 2016.

However, with abundant untapped resources and noticeable signs of progress, Atayi says there is much to be optimistic about.