Staying in touch with their friends via mobile phones; scheming ways on how to build the next Facebook; and football, football, football. These thoughts and activities seem to play a central role in the lives of many African youths according to new research by Firefly Millward Brown. The report highlights a number of general trends seen among youths, especially males, in Kenya, Ghana, Nigeria and South Africa. 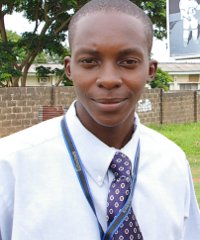 Image conscious: While Kenya has a growing middle class, the report notes that there is an even bigger ‘wannabe’, lower-middle class. This group is described as “young men who will spend everything they have to impress their friends and girlfriends. They will rent a smart car for the weekend just to drive it around, or take out a loan to buy a plasma TV to show they have made it. It doesn’t matter that they have huge debt; appearance is everything.”

In South Africa, brands such as Apple, Nokia, Lamborghini and Mini Cooper have high levels of desirability.

South African youths are, however, wary of fake products. “It shows that the person could not afford the latest brand but more importantly is that they aren’t being authentic with themselves or trying too hard to fit in… But high priced status brands are not the only option for them, e.g. a discount chain, such as Mr Price, is considered cool and an acceptable brand of clothing because it allows for individualism. Boys would rather mix brands, wear a Mr Price top and Guess jeans, creating their own style and ensuring that they don’t run out of options.”

Staying connected: “Like everywhere else, mobile communication is their world; their oxygen,” says the report about Kenya’s young people. Smartphones are aspirational.

This is a trend seen across all the African countries included in the report. In Ghana, male youths are becoming increasingly IT-orientated. “Facebook users in Ghana have increased with nearly 100,000 new sign ups yearly since 2008 – a rise which is anticipated to soar considerably due to the inﬂux of mobile applications for social media sites vis-à-vis the ﬂourishing country’s mobile penetration rate.”

In Nigeria, the mobile phone “is fast becoming a platform for the convergence of work, play, sporting, educational and other recreational activities”.

Becoming the next Mark Zuckerberg: The report notes that some Kenyan young people no longer see banking as an aspirational career – it is considered to be boring and repetitive. Many aim to rather work in technology or media. “IT and small business start-ups are popular as they are seen as the way to make it big quickly.”

Cashing in: Money is of critical importance for most young people in Kenya. “It is not uncommon for a young man to have an office job and then to be selling a car or tickets on the side to make more money for him to fund a better lifestyle. Money buys everything in Kenya. Access, privilege and the lifestyle that follows so their passions are often whatever can make them money,” says the report.

“One word to describe them is ‘hungry’; they feel it is their turn to reap the rewards and riches of the country riding the wave of the African renaissance. They want success, money, lifestyle and the freedom to do what they please and live the life they choose.”

Mall culture: In Ghana, many young male adults spend their weekends hanging out with friends in large and multi-faceted shopping malls.

The beautiful game: Football is like a religion among young people in almost all the African countries included in the report. In Nigeria, most male youths are “Premiership drunk, there are arguably more Manchester United supporters in Nigeria than in the United Kingdom. The Blues (Chelsea Football Club), Liverpool Football Club, Arsenal Football Club and lately Manchester City Football Club can also boast of large following in the country.”

Hitting the books: Young Kenyans see education as one of the best ways to get ahead in life. “Getting a ‘master’s or two’ is now the norm making those with only an undergraduate feel inferior. Valued more for the credibility and respect it bestows on the student than from the value of learning for learning’s sake.”

Me, myself and I: Youths in Ghana are more concerned with their own personal wellbeing, than with national or world affairs. “To the Ghanaian male youth, whether Osama is dead or Obama is alive, he cares less; perhaps he is waiting for events which will have immediate impact on his life.”

Local traditions vs Western trends: The local community with its communal lifestyle is gradually losing its influence on Nigeria’s young men. Many favour European and American fashion over traditional dress. Many also prefer American films and music. That said, there has recently been a “mini renaissance” in the popularity of local Nigerian rap and pop music. Nollywood movie stars are also having a large impact on fashion.

“There appears to be a growing appreciation of certain aspects of local cultures and traditions even among youths. The government, some organisations and individuals promote things like native fashion, food, traditional medicine, native language, traditional entertainment, etc. Thus, despite their love for Western fashion, movies, and music, many Nigerian youths do appreciate and encourage the unique Nigerian popular music (mostly in Nigerian pidgin English), and still follow fashion trends in native wears which they prefer for religious and social occasions,” explains the report.

Global citizens: Influenced by television and the internet, urban male youths in Nigeria are growing in global consciousness. However, they are limited due to factors such as poverty, a lack of reliable power supply, as well as slow and expensive internet services.

Idols: While South African youths look up to sport stars, many keep it to themselves who they idolise as they are very wary of telling their peers about admiring others as this might make them seem “less of a man”.