For foreign companies looking to expand their business in Africa, Nigeria is a country that has certainly been brought to their attention. In recent years the West African country has seen a rush of multinational companies enter the space. Nigeria has the largest population in Africa, with a growing consumer class which offers an attractive motivation for retail companies to expand in the market. 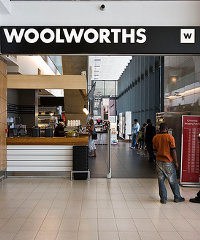 Woolworths has announced it will pull out of its three stores in Nigeria.

However, the announcement by South African retailer Woolworths in November that it would be pulling out of its three stores in Nigeria, a mere year and a half after it first entered the market, questions how lucrative the country is for retailers.

The reasons cited by Woolworths were high rental costs, duties and supply chain challenges in Nigeria.

“When an investment no longer generates viable returns, difficult decisions have to be made to contain costs,” CEO of Woolworths Ian Moir said in a statement. “The Woolworths clothing and general merchandise business in Nigeria has not been successful, despite several attempts to improve performance.”

The attraction of Nigeria

According to EY, Nigeria is one of the world’s rapid growth markets, which the firm defines as countries with economies and populations of a certain size that display strong growth potential and are, or could be, strategically important for business. This, alongside the prediction that Nigeria will overtake South Africa as the largest economy on the continent with the rebasing of its GDP this year, is enough to turn investors’ heads.

Both Europe’s largest retail network, Spar, and South African-based Shoprite Holdings has also been aggressive in their expansion in the market.

For example, according to Resilient Africa, a joint venture between South African companies to build shopping malls in Nigeria, Shoprite will secure the anchor position in 10 of their malls.

The lifting of an eight-year ban on the import of garments in 2011 has also opened the door to foreign brands. The move has seen South African clothing retailers, such as Mr Price, Pep, Truworths and Foschini enter the market, with the Edcon Group planning expansion this year with its brand Jet.

Holden Marshall, managing director of Resilient Africa, told How we made it in Africa that the interest they have seen from South African retailers looking to secure spots in Resilient Africa’s malls in Nigeria has been quite substantial, including from the Edcon Group, Foschini Group, Mr Price and Massmart.

“At this point probably 40% of our malls will be occupied by recognised South African brands. And about 60% by Nigerian established retailers but most of them trading under master franchise agreements with European brands… you know, the Pumas, the Nikes, the adidas… The major sort of UK/European fashion brands are starting to establish themselves through master franchise arrangements with existing Nigerian retailers.”

“They are the first movers. They are brave, I have to say, [and] they understand the African risk better,” he said.

According to Bloomberg, while Woolworths is withdrawing from Nigeria, the company plans to continue its expansion into other African countries. This provokes the question: why not Nigeria?

Dianna Games, CEO of Africa @ Work, a South African-based company that aims to facilitate and improve business in Africa through the provision of research and networking opportunities, said there are a number of factors that led to Woolworths’s failure in the challenging market of Nigeria. However, she believes these failures are more likely due to poor business strategies than simply Nigeria’s difficult operating environment.