Africa is one of the largest and fastest growing regions for remittances, receiving around US$32bn in 2013. But according to the report Lost in Intermediation by the Overseas Development Institute (ODI), the continent faces some of the highest remittance charges in the world. 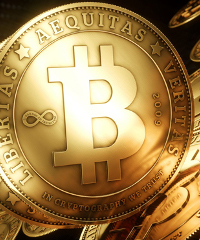 “It costs twice as much to send money back to Africa as it does to any other part of the world,” said Kevin Watkins, co-author of the report and ODI’s executive director.

“And as a result of those excessive charges, the region is losing around $1.8bn annually.”

The ODI estimates that African migrants are paying an average of 12% in fees to transfer money to family and friends back on the continent.

However, one solution for this could be the cryptocurrency Bitcoin, as highlighted by Michael Bouchier and Alexis Boshoff, co-founders of a Bitcoin investment fund in South Africa, Voomar.

“International remittances are an area of Bitcoin that could really prove to be valuable,” Bouchier told How we made it in Africa.

“For example with Zimbabweans working here [in South Africa], there are companies designed to help them sent their money back home. But the fees are huge – they are anywhere between 8% and 25% to get your rands back into Zim dollars in Zimbabwe. So those fees are massive… and an area of growth and opportunity for Bitcoin is to use it as a mechanism to transfer money easily between countries.”

Bitcoin can be transferred digitally from person to person without using an intermediary like a bank or a credit agency, which significantly reduces transfer fees.

Companies, such as Accra-based start-up Beam, are already using Bitcoin to allow African expats to remit money into the continent quickly and at low cost. In Kenya, BitPesa is doing the same thing, charging a 3% transfer fee.

And last year UK company Kipochi launched a Bitcoin transfer service in Kenya that allows people to send and receive Bitcoin and convert it to and from an M-Pesa balance.

Bitcoin in Africa: slow and steady

However, uptake of the cryptocurrency in Africa has been slow when compared to the likes of the US and Europe. While a growing number of merchants are now accepting Bitcoin as a form of payment, only time will tell if usage of the digital currency will be broadly adopted.

And globally, Bitcoin has had an extremely controversial year. It has proven highly volatile, with its value crashing from over $1,000 last year to below $400 currently. China banning its banks from handling Bitcoin transactions and the collapse of Bitcoin exchange Mt. Gox this year have been some of the causes for its drop in value.

But for Voomar’s co-founders, Bitcoin is simply going through growing pains, and both Bouchier and Boshoff believe that as understanding and awareness around Bitcoin grows, so will its adoption on the continent.

“It is the only thing that instantaneously transfers any amount of value between any people in the world, and all of the infrastructure around this is currently being developed,” noted Boshoff.

“So it will take a number of years… but the whole ecosystem will start to regulate itself into what people find valuable.”