Standard Bank analyst Simon Freemantle recently produced a series of five research papers on the trends powering Africa’s economic growth. During the course of the week, How we made it in Africa will look at each of these five trends in more detail. In our first article, we examine the likely impact of Africa’s larger, younger and more affluent population. 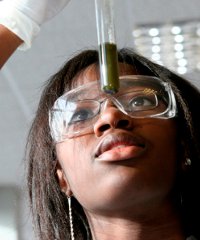 Africa's workforce is growing faster than in any other region in the world.

More than 2 billion. That is how many people are expected to live in Africa by 2050. “While in 1950 there were more than two Europeans for every African, by 2050 there will be almost three Africans for every European,” says Standard Bank analyst, Simon Freemantle, in a recent research report.

Freemantle notes that within the next four decades, Africa’s population will be greater than that of both India and China.

Africa’s strong economic growth and rising population are also leading to an increase in spending power. “While today Africa’s GDP per capita stands at approximately US$1,800, by 2016, this will have elevated to almost $2,300, effectively resulting in a 25% rise in the continent’s spending power,” says Freemantle.

Young population: Africa’s population is exceptionally young. The continent’s median age is 19.7, compared to 29.2 for Asia, 40.1 for Europe and 45 for Japan. One-third of Nigeria’s population is currently under 10 years old and more than half of the population is younger than 20. It is estimated than within the next decade, 50 million people (the equivalent of South Africa’s entire population) will be born in Nigeria. The report notes that the continent’s workforce, those aged between 15 and 64, is growing faster than in any other region in the world.

Falling fertility rates: Freemantle says it is a general economic rule that as countries get richer, families get smaller, and as families get smaller, people get richer. “Africa is unlikely to disturb this economic rule. Indeed, enhanced peace and prosperity across the continent are colluding, with a range of similarly supporting factors, to reduce fertility rates (the average number of children born to each woman over the course of her life).”

Improving health: “In conjunction with declining fertility rates, there are small, but meaningful, improvements in life expectancy in several African countries,” says Freemantle. In 1950, average life expectancy in Africa was 39 years, whereas today the average African lives until the age of 57. This is expected to reach 70 for those born in 2050. “As a result of these developments, more people within Africa’s working age population are likely to be able to remain productive for longer.”

Freemantle explains that Africa’s rising population, declining fertility and improving healthcare systems has the potential for a “demographic dividend, where countries, as they adjust from environments of high fertility and high mortality to low fertility and low mortality, witness a mechanical appreciation in the size, and vigour, of the working age population.”

In addition, because families have fewer dependents, they are able “to accumulate, save, and invest a greater amount of their income”.

He notes that a fast-growing economically active population is a catalyst for industrialisation, increased employment, enhanced productivity and rising prosperity. “Shifts in a country’s age structure can, and have in virtually all large economies in the world, produce profound economic gains, fundamentally supporting the development of an industrial manufacturing base, and vastly altering economic performance.”

Threats to the demographic dividend

Freemantle, however, warns that for Africa’s rising population to become truly economically productive, it must be supported by effective institutions. “Young people must be provided with the means to better themselves.”

According to previous research, the demographic transition in Africa is already having a positive effect on economic growth, but only in countries with enabling policies and “solid institutional settings”. These include rule of law, efficiency of the bureaucracy, low levels of corruption, political freedom, trade openness, and the freedoms of political representation and expression.

Freemantle concludes by saying that foreign companies will increasingly focus on the potential of Africa’s young and growing workforce, in contrast to rising costs and ageing populations in their own countries. “Indeed, some of this interest will come from Chinese corporations, eager to leverage Africa’s competitive labour market advantages in further entrenching the substance of Sino-African commercial relations.”