Due to its recent political and security troubles, most people probably don’t consider the West African country of Mali an attractive work destination. However, for Aboubacar Konate, manager of DHL in Mali, the best part of his job is knowing that he contributes to the development of the country. 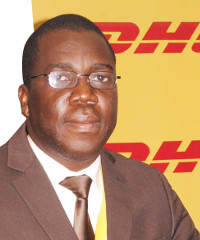 “We see and feel that we are important to growth and stability in Mali,” Konate told How we made it in Africa in a recent interview.

Although the turmoil did have a negative impact on its business, DHL continued to operate throughout this difficult period. “We remained in the country and we didn’t cancel a single flight. We were able to assist and participate in the rebuilding. We were here when things were not going well.”

In March 2012, a group of military officers disposed of President Amadou Toumani Touré in a coup d’état. Shortly after, rebel groups took control of northern Mali and declared the region an independent state. Continued violence led to the intervention of the French military which established a degree of stability.

Although the unrest was mainly confined to northern Mali, the entire economy suffered. Malians have since gone to the polls and a new president has been elected, but tensions remain.

Born in Mali, Konate completed his education in the US and returned to Africa in 2005. Before taking up his current position, he worked for DHL in the Republic of the Congo, Angola and Niger.

He says that while Mali’s hot climate can be tough, he enjoys the friendliness of the locals. “People are genuinely open and respect you.”

Konate describes the recent troubles as unfortunate, especially considering Mali’s democratic and economic gains over the past decade. “Before the crisis, Mali was among the top performers in West Africa in terms of schooling, investment and economic growth.”

In 2012 Mali had negative economic growth of -1.5%, but the economy rebounded in 2013. Providing an average agricultural season, the International Monetary Fund expects the economy to expand by 6.5% in 2014.

In addition to the security problems, the falling gold price also didn’t do Mali any favours. The country is Africa’s third largest gold producer after South Africa and Ghana, with companies such as AngloGold Ashanti and RandGold Resources operating in Mali. The industry is also a major contributor to DHL’s own business.

As new mines are expected to come on stream, Konate remains optimistic about the gold mining industry, and sees it as a growth opportunity for DHL in coming years.

The banking and telecoms sectors also account for a significant proportion of DHL’s business in Mali. Konate notes that only a small percentage of Mali’s 15m population have bank accounts, and that the financial industry holds “huge potential”.

While Konate doesn’t shy away from Mali’s significant challenges, he is optimistic that the country can recover. He describes the current situation as “fragile” but says things are slowly but surely returning to normal. “Mali has gone through a difficult time. It is getting back slowly. And once we get some stability, we will regain the growth and stability the country experienced over the past 10 years.”