The recent approval of the Walmart-Massmart deal in South Africa by the Competition Tribunal is an important milestone in that it demonstrates Africa’s readiness to attract new investment flows despite other soft issues such as job losses, local competition, labour rights and small-business development. 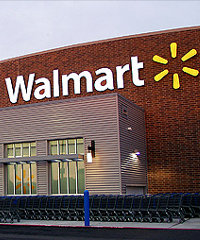 The Competition Tribunal’s handling of the deal has generally been viewed positively by international investors despite some criticisms such as the South African Government’s use of the competition authorities as an “investment screening tool”.

Generally, the development is positive from an foreign direct investment (FDI) perspective and we have also seen a similar picture in other countries such as Zambia.

In a recent development, Barrick Gold Corp, the world’s largest producer of the precious metal, was granted unconditional approval for its US$7.3 billion takeover of Equinox Minerals and the copper producer’s Lumwana mine in Zambia. Under the terms of authorisation, Barrick will honour Lumwana’s existing agreements with a local smelter and suppliers, and also limit job losses. In addition, Zambia’s state-controlled mining company, Zambia Consolidated Copper Mines Investment Holdings (ZCCM-IH), agreed to sell its 2.28% stake in Equinox Minerals to Barrick Gold Corp for more than $160 million. ZCCM-IH bought the shares in Equinox for $30 million in 2006.

Equinox Minerals Limited is an international mining company that is dual-listed on the Toronto Stock Exchange and the Australian Securities Exchange. Equinox acquired the Lumwana project in 1999. It is situated 220km west of the Zambian Copperbelt and is a major open-cut copper mine which positions Equinox as one of the world’s top 20 copper producing companies.

Zambia, Africa’s largest copper miner continues to attract investments from global mining giants as they seek to exploit rich ore bodies in the mineral-rich Southern African nation. The country also plans to launch its debut $500 million Eurobond by October 2011 after receiving B+ credit ratings from Fitch and Standard & Poor’s. The rating given to Zambia is the same as that assigned last year to Angola, the continent’s second-biggest oil producer. Nigeria, Africa’s leading crude producer, also has a B+ rating.

We believe developments in Zambia and South Africa will set the tone for other countries in sub-Saharan Africa, which in the long run will position the region as a more attractive investment destination.