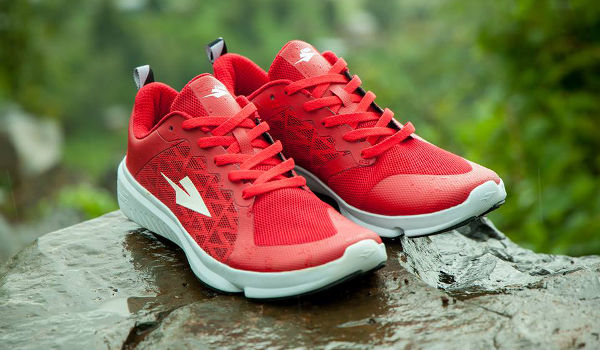 Why does a country renowned for its Olympic gold medallist runners not have a local professional running shoe brand?

For Navalayo Osembo-Ombati and her now business partner, Weldon Kennedy, it was this question – brought up in a conversation at an entrepreneurship workshop – that would eventually lead to the founding of Enda Athletic, Kenya’s first running shoe company.

Hailing from a village two hours outside the western Kenyan city of Eldoret, Osembo-Ombati grew up, as she puts it, “in running country”.

Although the sport remained in the background for much of her youth, the culture of running professionally played a large role in the inspiration for Enda. In fact, when she met Kennedy at the entrepreneurship workshop, she was there to pitch the idea of starting a sports academy in western Kenya.

The business partners began meeting weekly, then daily. Top of their to-do list, of course, was to design and produce the first shoe.

After a period of research and a few recommendations, they settled on a design house in New York and got to work.

But if the shoe was to be for runners, they thought, why not get runners to help design the shoe, too?

The team travelled to well-known training places like Kaptagat and Iten, and collaborated with runners such as Joan Cherop Massah and Justin Lagat, among others. The athletes gave feedback, tested various iterations of the shoe and voiced their opinions.

After bringing a product developer on board, they produced a version of the shoe that every party involved was happy with.

“Finally we thought we had a product, that [made us think], ‘now this is it’. Everybody was happy with it – from the athletes to us, to the designers and the developers.” 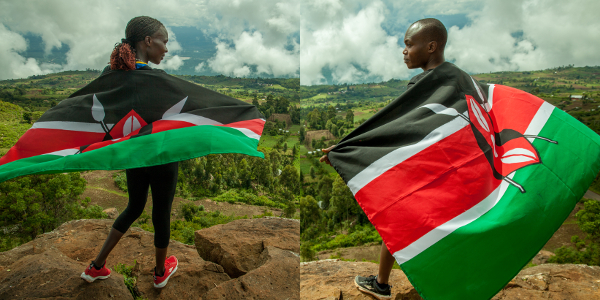 Now they just had figure out how to sell it.

“We decided the best way to launch the product was in a way that enabled people to pre-order – giving us money to at least get started, because cost capital is always a big challenge. At the same time, this would help build brand awareness about the product.”

So they launched a campaign on Kickstarter, a crowdfunding platform, and, according to Osembo-Ombati, “The reception went really, really well.”

Bringing it all together

Enda imports the materials for the shoe, but assembles it in Kenya. Although the company wants to be able to move 100% of the production to Kenya, there are a few factors that mean this remains a medium- to long-term goal, explains Osembo-Ombati.

The shoes cost around $25 to make, and retails for $100. However, Osembo-Ombati points out that people shouldn’t assume that Enda is making a 75% margin on sales: “There are other things to think about – like the cost of shipping, handling, taxation and all these other things.”

Enda’s biggest worry currently is financing. Although the company raised money from Kickstarter, Osembo-Ombati fears their current capital won’t be enough to meet demand in the coming months.

“Just being able to make sure that we meet customer demand is the one thing I constantly think about, every day.”

According to Osembo-Ombati, a big part of their mission is to show the world that Kenya can produce a high-quality product that can compete with international brands.

Enda plans to keep three quarters of its business online, supplying only a few brick-and-mortar retailers.

“We are very much virtual orientated. We want to keep it online as much as possible, with the purpose of interacting with the customers as much as we can,” Osembo-Ombati explains.

The majority of Enda’s buyers are based in the US and the EU, with few purchases coming from Kenyans themselves – something, according to Osembo-Ombati, the Enda team expected. 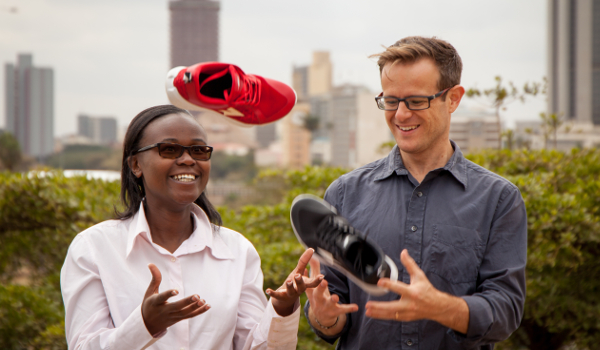 “People don’t run that much in Kenya – most of the athletes, they do it for a living – it is not sort of a casual thing,” she says. “People [overseas] really feel connected to the Kenyan style of running and we are a local brand selling to the global market. I think people are buying our shoe because it is not just a product, it is the experience.”

In the Lions’ Den

As a contestant on the recently aired first episode of Lions’ Den – Kenya’s version of the well-known British reality TV show Dragons’ Den, where entrepreneurs pitch their business ideas to four renowned business people – Osembo-Ombati shocked many viewers when she turned down the offer for funding from judges Kris Senanu and Olive Gachara because she felt that what they offered – KSH6m for a 21% stake in the business – was too much. In her words, one needs to know the value of your company and, “They were asking for too much for too little.”

“It’s great to know we are inspiring local entrepreneurs to know their worth.”