When Rahman Bholah left Mauritius in 1982 to pursue a career as a chartered accountant in the UK, he didn’t plan on ever permanently returning to the island. 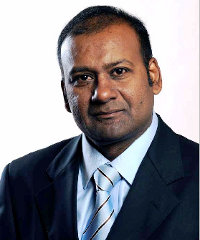 At the time Mauritius was a low-income economy largely dependent on sugar cane. During the 1980s the Mauritian economy, however, took a dramatic turn for the better. Foreign investors started establishing textile businesses, and very soon factories mushroomed across the country.

“It wasn’t on my mind to come back to Mauritius again. But to my surprise things were changing. There was an economic boom, and practically everybody had a job within a few years,” says Bholah.

Mauritius’ changing fortunes (as well as a market crash in Europe) prompted Bholah to return to the island state in 1990. Shortly after his arrival he took a job at logistics company DHL. He has worked his way up in the company and today is country manager for DHL in Mauritius.

“When I came back there were a lot of road works and infrastructure was being built. The country changed and went on a path of development.”

From sugar cane to a financial services and manufacturing hub

These days Mauritius is a well diversified economy underpinned by clothing and textiles manufacturing, tourism, financial services, and agriculture to a lesser degree. The country’s GDP per capita, estimated at slightly over US$15,000 in 2012, is among the highest in Africa. According to the World Economic Forum, Mauritius is also the second most competitive economy on the continent.

With its favourable tax regime and other business-friendly policies, Mauritius has over the years managed to attract a host of companies that use the island as a base for their foreign operations. This has also lured various international financial and professional services firms, including KPMG, PwC, Investec and Standard Chartered, to name a few.

Bholah notes that the textile and financial services industries are responsible for most of DHL’s business in the country.

Various international retailers, notably those from South Africa, have also recently set up shop in Mauritius’ new shopping malls. However, according to Bholah, there is little demand for additional shopping centres. “The population is very small, and most of the local people don’t have the disposable income to shop that much.”

Famed for its turquoise waters and luxury hotels, Mauritius’ tourism industry has, however, taken a knock from the economic woes in Europe, where most of the country’s tourists come from.

Cater for the international market

According to Bholah, companies would be better off using Mauritius as a base to cater for the international market, as opposed to serving the relatively small local population of 1.2 million.

Bholah says that fish processing for the export market is an industry that holds significant potential. “Mauritius is surrounded by the ocean, but one thing that is actually unexploited at the moment is the marine sector. Currently a lot of tuna processing is taking place and fish farming is also growing across the island. This is an area of opportunity.”

In addition, Mauritius is also looking to harness the power of the sun for its electricity needs, which could be an area for investors to get involved. “Mauritius is looking to put in place big solar farms, so that is another area of unexploited opportunity,” notes Bholah.