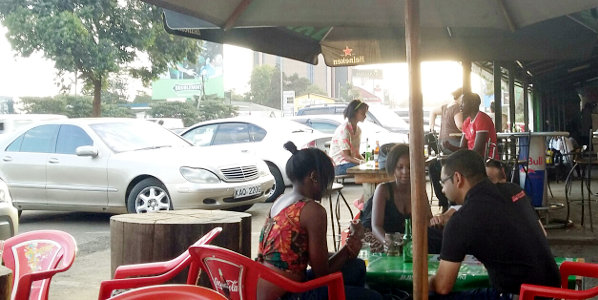 A restaurant in Nairobi, Kenya

“In terms of businesses that we look at, I think the growth in the African middle class is a key investment theme for our fund. We like businesses that touch the consumer,” says Bruce Steen, senior associate at Carlyle advising on pan-African buyout opportunities. He was speaking during a panel discussion at the recent EY Strategic Growth Forum Africa in Johannesburg.

“We are looking for businesses which are going to benefit from higher GDP per capita, increasing levels of urbanisation, and ultimately this demographic dividend which will occur when the young population matures and ultimately moves into the workforce and become consumers.”

Carlyle is one of the world’s largest alternative asset managers with US$188bn under management, employing more than 1,700 people in 35 offices across six continents. Its $698m Sub-Saharan Africa Fund, launched in 2011, has so far invested in South Africa’s TiAuto, owner of automotive equipment retailer Tiger Wheel & Tyre; Diamond Bank in Nigeria; and a logistics company in Mozambique, among others.

Much of the enthusiasm over the past five years about Africa’s business potential rested on the notion of a rapidly growing middle class. In 2010 consultancy firm McKinsey released its Lions on the move: The progress and potential of African economies report that predicted by 2020 there will be more than 128 million households in Africa with discretionary income (more than US$5,000 a year). The following year the African Development Bank (AfDB) came out with a study, The Middle of the Pyramid: Dynamics of the Middle Class in Africa, that put the middle class at about 350 million, or 34% of the population. The report defined the middle class as those with a daily consumption of $2-$20.

Lately, however, the true size of this consumer class, as well as its rate of growth, have come into question. Last year Standard Bank analyst Simon Freemantle wrote a report that suggested estimates about the size of Africa’s middle class have been somewhat optimistic. Freemantle found that in the 11 surveyed countries there are just over 15 million middle-class households, much lower than the figure suggested in the AfDB report.

In June, food company Nestlé admitted that it overestimated the growth in spending power. “We thought this would be the next Asia, but we have realised the middle class here in the region is extremely small and it is not really growing,” Cornel Krummenacher, chief executive for Nestlé’s equatorial Africa region, told the Financial Times.

Steen says he looks to invest in trustworthy entrepreneurs with a passion for their trade.

“We write minimum cheques of R500m ($35m) per opportunity. So… you have to feel very confident in that individual and how they are going to treat you as a partner going forward. And the other one is drive… The day we write that R500m we haven’t made any money, so we have to trust that the founder still has the drive and the energy to take the business to the next level.”

He explains that business acumen is more important than academic qualifications. “I can honestly say I have never looked at a CV of a single entrepreneur I have backed – I don’t know where the guys from Tiger Wheel & Tyre went to school, where they went to university, I have no idea. For me the proof is in the pudding. If you’ve grown a great business, you’ve grown a great business – tick.”

He says the founders of the Mozambican logistics company Carlyle invested in, never went to university. “Both of them dropped out of school at 17. That was their passion, they wanted to build the best logistics business in Southern Africa and that’s what they have done. I honestly don’t think you need a Harvard MBA to make it in Africa, and Africa is a very challenging environment to operate in. So it is not about understanding how the world should work, I think it is about recognising how it does work and operating in that context. And that’s what these guys have done, therefore we backed them.”