The US-Africa Leaders Summit is currently underway in Washington DC. The meeting is one of the largest ever gatherings of African and US government officials, business leaders and other stakeholders. 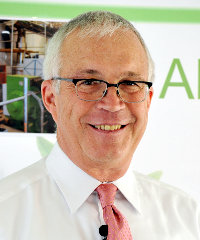 To coincide with the event, Investec Asset Management and the US Chamber of Commerce released a report, titled Africa and the United States: A defining relationship of the 21st century. The report features a variety of perspectives from business leaders on doing business in Africa. Below are some interesting takeaways that could assist US companies to craft their African investment strategies.

When asked which African countries hold the greatest opportunities, South African businessman Christo Wiese said he is bullish on oil producers such as Nigeria and Angola.

Wiese is chairman of both Shoprite and Pepkor, respectively Africa’s largest food and clothing retailers.

While Shoprite currently only has a handful of outlets in Nigeria, the company has previously stated it sees potential for up to 700 stores in the West African country.

Wiese adds that foreign companies are often not in tune with how things are done in Africa, which is why South African firms have managed to get a head start investing in the rest of the continent.

2. Dig deeper for the best investments

“In frontier regions with less developed capital markets, the most public and easiest-to-access investments often are pushed to unattractive valuations by ETFs and other macro allocators,” says Pittman, who oversees Allstate’s public fixed income and equity strategies.

It is for this reason that Allstate prefers to partner with companies on the ground with the local knowledge to weigh the risks against the returns.

3. Africa’s real growth yet to come

Africa has seen significant economic growth in recent years, and it is a well-known fact the continent is home to some of the world’s fastest growing economies.

Jay Ireland, CEO of General Electric Africa, however believes the continent’s real economic growth is yet to be seen. “I think the biggest growth of Africa is going to occur later this decade and early next decade, as infrastructure improves and there is positive momentum.”

He adds countries with large populations, such as Nigeria and Ethiopia, have a good foundation for future economic progress. Regional co-operation in terms of developing infrastructure is however essential for the entire continent to share in the growth.

Ireland says the best way those with a long-term outlook can make money in Africa is through project financing.

“The way to play Africa for longer-term investors is project financing. If we can get a 10 to 20 year power purchase agreement around a power project, you know these returns pretty well from the onset. As a result, financing from a returns standpoint is very good. There is a lot of potential.”

He says the risks of getting involved with such projects are often lower than people might think. “There are certainly risks – political, country and project risks – but in reality we’re seeing more and more of those being mitigated.”

5. Nairobi – a hub for innovation?

US-based tech companies entering the African market should consider Kenya’s capital Nairobi as a location to establish their research and development (R&D) activities. When IBM wanted to build its first research facility in Africa, it looked across the continent for a suitable location, and eventually settled on Nairobi.

According to Nik Nesbitt, IBM general manager in East Africa, the tech giant chose Nairobi for a number of reasons, including its status as a communication and air hub; a sizeable educated workforce; a supportive government; and a culture of innovation as evidenced by the proliferation of startups in Kenya.

6. Attractive opportunities in food and agriculture

Africa’s agricultural and food sectors will continue to present attractive business opportunities over the coming decade. This according to Johan Steyn, head for the Middle East and Africa at US food and agricultural commodities company Cargill.

“African agriculture is dominated by smallholder farmers and we believe there are great opportunities across sub-Saharan Africa and in West Africa to enable these small-scale farmers to grow from subsistence farming to become more productive and commercial,” he says.