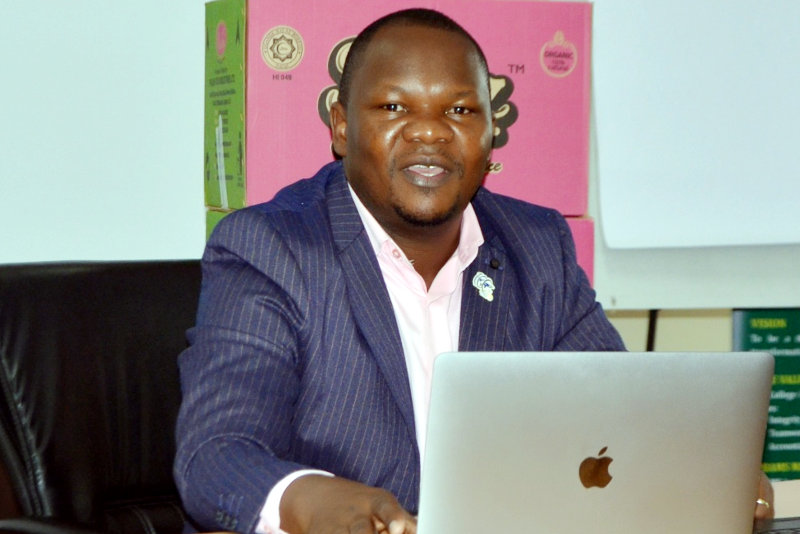 In 2010, Dennis Ngabirano, a teacher by profession, was required to submit and execute a business plan as part of his coursework for a counselling degree in his home country, Uganda. A fried banana crisp snack, which he had sampled on his honeymoon, inspired the idea for a snacks business. He pitched this to the lecturer with a budget of just US$12. Today, 12 years later, Psalms Food Industries produces various products, including potato and banana crisps, processed nuts and seeds, cookies, and nut butters.

Starting as a side hustle

Dennis Ngabirano became a teacher because his father, himself an educator, suggested it would be a good profession. From day one, however, he was looking for ways to augment his salary or find another means of earning a living. The first attempts weren’t long-term successes: a unisex hair salon survived only two years and the small grocery store he opened enjoyed a similar tenure.

A street snack from a vendor in Mombasa in Kenya, where he took his wife for their honeymoon, changed everything. When he ate the fried banana crisps, he realised the idea could be transplanted to his home country on a larger scale. Ngabirano saw an opportunity that required very little start-up capital.

They set up shop on the veranda of their modest home. Their first product, the banana (or gonja plantain) chips, was a hit with neighbours, students at the university where he was completing his degree, as well as the learners in the school where he taught. Ngabirano and his wife, Maureen, packaged them and sold them under the brand name Mr Tasty.

As the business grew, a friend urged him to register the name, but when he finally got around to it, it had already been taken and he settled on Psalms Food Industries, with the brand name Sumz (a homophone for Psalms).

Maureen, also a teacher, eventually resigned from her position to manage the business. Growth was steady, but slow. It was only when Ngabirano dedicated himself to Psalms Food Industries for a full six months while on study leave from his teaching position that the company saw real growth momentum. It gave him the courage to quit and rely on Psalms as his only income stream.

Finding customers and retaining them

Psalms was selling its snacks, still manufactured on the veranda, to university canteens and learners at the school.

“That school had close to 3,000 pupils. The market was available, and everyone was excited about the banana crisps,” he says. “I also started getting referrals from the school parents who had their own retail shops and supermarkets.”

Every new customer was one Ngabirano intended to keep; he believes customer service is key. “Psalms strongly believes there must be retention of all customers if you want to grow; our customers are the reason we exist.”

From day one he instructed every new staff member to take heed of the slogan: “If you don’t take care of our customers, someone else will.” Customer concerns had to be addressed in the shortest time possible, no matter what the costs involved were.

“I teach staff how to speak to customers. I show them how you can cross-sell different products to a good customer who might purchase just one type of snack. This is how you grow without spending too much time and money on advertising. As a company, we also believe loyal customers, who have been treated well, will stand by you through bad times,” he says. 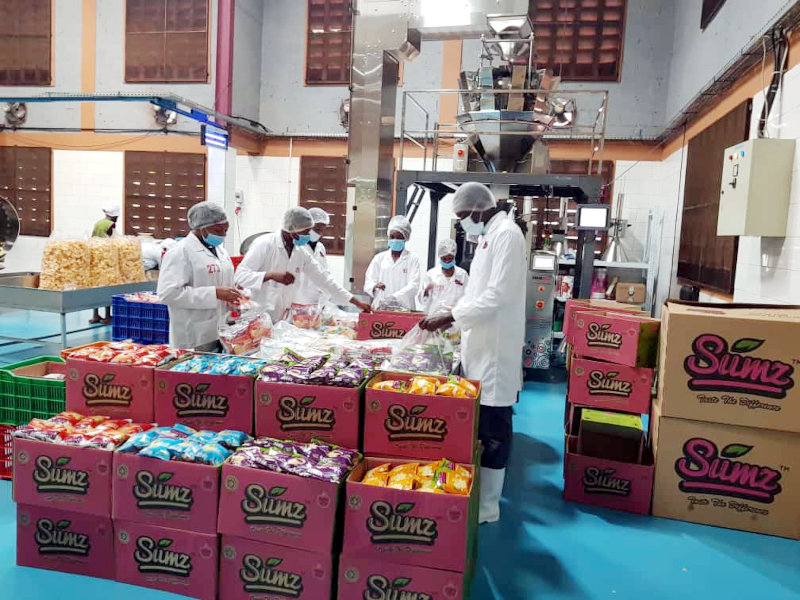 In 2014, when Psalms was outgrowing its home-based manufacturing space, Ngabirano was approached by an Indian businessman who had established a potato crisps business but had reached a point where he wanted to divest and sell all his equipment.

“He was operating within Kampala, renting a warehouse where his high-quality, imported equipment was housed. He was unable to break even and wondered whether I’d be interested in buying the equipment,” reveals Ngabirano.

Psalms did not have the capital to buy everything up front, but Ngabirano made a deal to pay 50% immediately and the rest within six months, using the equipment as collateral to get a loan from the bank.

The company also moved into new premises. “Immediately, using the new equipment, the quality of the crisps improved. We were producing more efficiently as well and could compete with the imported brands.”

Sumz products are diverse, with 20 different SKUs in the market currently. It processes 20 tonnes of bananas each month and 50 tonnes of potatoes.

“I look at each product the way you would look at children in your family; they may have different abilities but they are all equal.” Potato crisps, for example, have a significant potential market, but the competition from domestic and imported brands is fierce. Banana crisps could gain market share in the region as there are few large scale manufacturers but it is the one product that cannot be mechanised.

“You need to analyse each product independently.”

In 2018, Psalms Food Industries sealed its first export deal with a distributor from Rwanda. Then in 2021, Sweet Brands Africa, from Kenya, reached out to buy the sweet plantain crisps and has since taken Sumz products to the Democratic Republic of Congo and South Sudan. 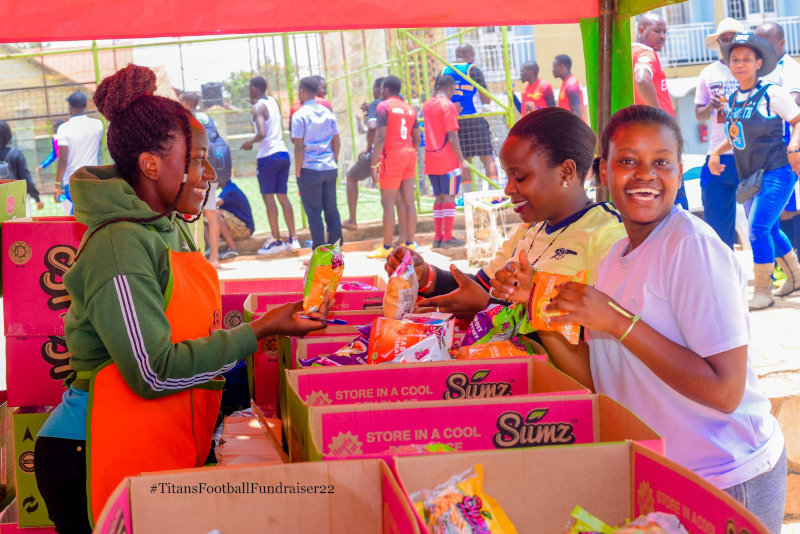 “Export opportunities are definitely growing and we want to capitalise on this. It is, however, important to consider the logistics challenges of exporting from Uganda. It can become capital intensive; we need trucks, motorcycles and storage facilities. You must be careful not to get trapped in inefficiencies,” he says. The company currently handles logistics in-house with a fleet of 19 trucks and motorcycles.

One of the negative trends Psalms has to overcome is copycat producers. “Someone has attempted to replicate the brand with low-quality products in the market,” he says.

There is also competition from large importers and supermarket chain Carrefour, for example, has started supplying imported crisps under its own brand.

Competition for raw materials has also increased. “High-quality potatoes are scarce now. We also face an issue with competition for the supply of plantains,” notes Ngabirano.

Psalms is ready to increase sales into the East African Community and has applied for a loan from the Uganda Development Bank to set up a new plant.

“We have five acres of land for this new factory, with an approved building plan. We are going to set up the largest crisps factory in East Africa. It is going to be 12,000m2 and we aim to have it ready within 18 months. We are in an advanced stage of approval for the funds to help us to accomplish our dream. We applied for $3 million and they’ve assured us they will release the money at an annual interest rate of 12%.”

The new factory will help to drive product prices down, making the snacks more affordable in the region. “This will push demand up. The world-class facility will be able to produce quality crisps, comparable to Lay’s. We will be very competitive and can tap into all the available markets in the region and beyond,” says Ngabirano.