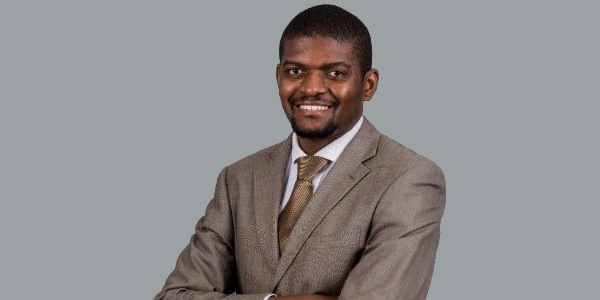 With a degree in Information Systems from the University of Cape Town (UCT) and several years’ experience as a software developer, project manager and management consultant, Rudzani Mulaudzi, 29, could easily have landed a big-paying corporate job.

Instead, this Johannesburg-based entrepreneur is focusing all his time and effort on making a difference by uplifting and developing communities through social businesses aimed at making an impact – rather than purely profit. In 2014 Mulaudzi won the Ventureburn Startup Battle with his educational company Gradesmatch. The following year he was also one of the winners of the prestigious SAB social innovation awards, which came with a R600,000 prize. Gradesmatch helps learners with career guidance counselling as well as bursaries, internships and careers and its services are currently enjoyed by over 150,000 users.

Motivated to add to his skills set and build his networks, Mulaudzi has just completed an MPhil degree specialising in inclusive innovation at the UCT Graduate School of Business (GSB) with the help of a scholarship from the MTN Solution Space, an innovation and entrepreneurship hub on the campus.

He says he was attracted to the MPhil because of its emphasis on innovation for impact and inclusiveness. “It is such a unique programme, I don’t think anyone in the country does anything like this. It seemed better aligned to me than an MBA, which is more theoretical and less aimed at the intricacies of launching social businesses.”

Social businesses tend to be quite complex, he says, especially for companies who are not NGOs and yet are not solely geared towards generating profits. “The people who benefit from Gradesmatch can’t pay and this makes it somewhat unusual in the traditional business sense.”

But the company’s impact has been radical. “There was one boy who initially said he wanted to be a petrol station attendant. After speaking to him for a while, it turned out he had an interest in aviation. We were able to secure a spot for him in pilot school and we have found a sponsor for him as well. That is impact.”

Mulaudzi is now turning his attention to new challenges. As part of his MPhil studies, he did a dissertation on the nature of stokvels in South Africa – a network of over 820,000 different groupings handling over R49bn per annum – according to the National Stokvel Association of South Africa. He interviewed members of 36 stokvels and found that most were run and used by members who were consumers rather than investors, using the money to survive and mostly to buy groceries.

“I grew up with stokvels,” says Mulaudzi, who comes from the village of Nzhelele in Limpopo. “My mother was part of a stokvel and I saw all this money was there but the people did not benefit, they didn’t grow any richer. When I went to university, it was a struggle to find money for the fees.”

It occurred to him that the stokvel economy was worth so much and that its members should reap greater rewards. “Stokvel members should be educated about their bargaining power,” says Rudzani.

Big retailers, for example, are cashing in on the money generated by grocery-focused stokvels that collect money each month and then buy in bulk once a year. Banks are also benefitting from the so-called “lazy deposits” made by stokvel members each month. They are able to take a bit of risk and get good returns on investing this money while stokvels gain nothing.

He would like to educate stokvel members, not to change how they spend their money, but how to leverage their collective strength, to secure the advantages of being the biggest buyer in the economy.

Mulaudzi wants to do more research on this idea while continuing to build on the success of Gradesmatch. He wants to work with other big thinkers in the innovation space and is looking forward to the MTN Solution Space opening up a hub in Johannesburg. He says innovators need all the help they can get.

“Entrepreneurs in social businesses need more support. There is little finance available for business models that don’t reflect the return on investment in monetary terms only,” he adds.

There is also a great need for mentorship and more collaboration, especially among entrepreneurs, says Mulaudzi. “So it is a combination of getting more funding, more business skills and for both corporates and entrepreneurs to learn about entrepreneurship.”

Mulaudzi remains undeterred by the weaker economy and tougher investment landscape. “Entrepreneurs are comfortable working in uncomfortable places. This is what we do, keeping going when times are tough, finding solutions and moving on. This is the mark of the true entrepreneur – they will always rise above the challenges.”

The GSB makes scholarship funding available to innovators who are interested in studying an MPhil. Applications for the 2018 MPhil Programme are now open. For more information please visit our website.